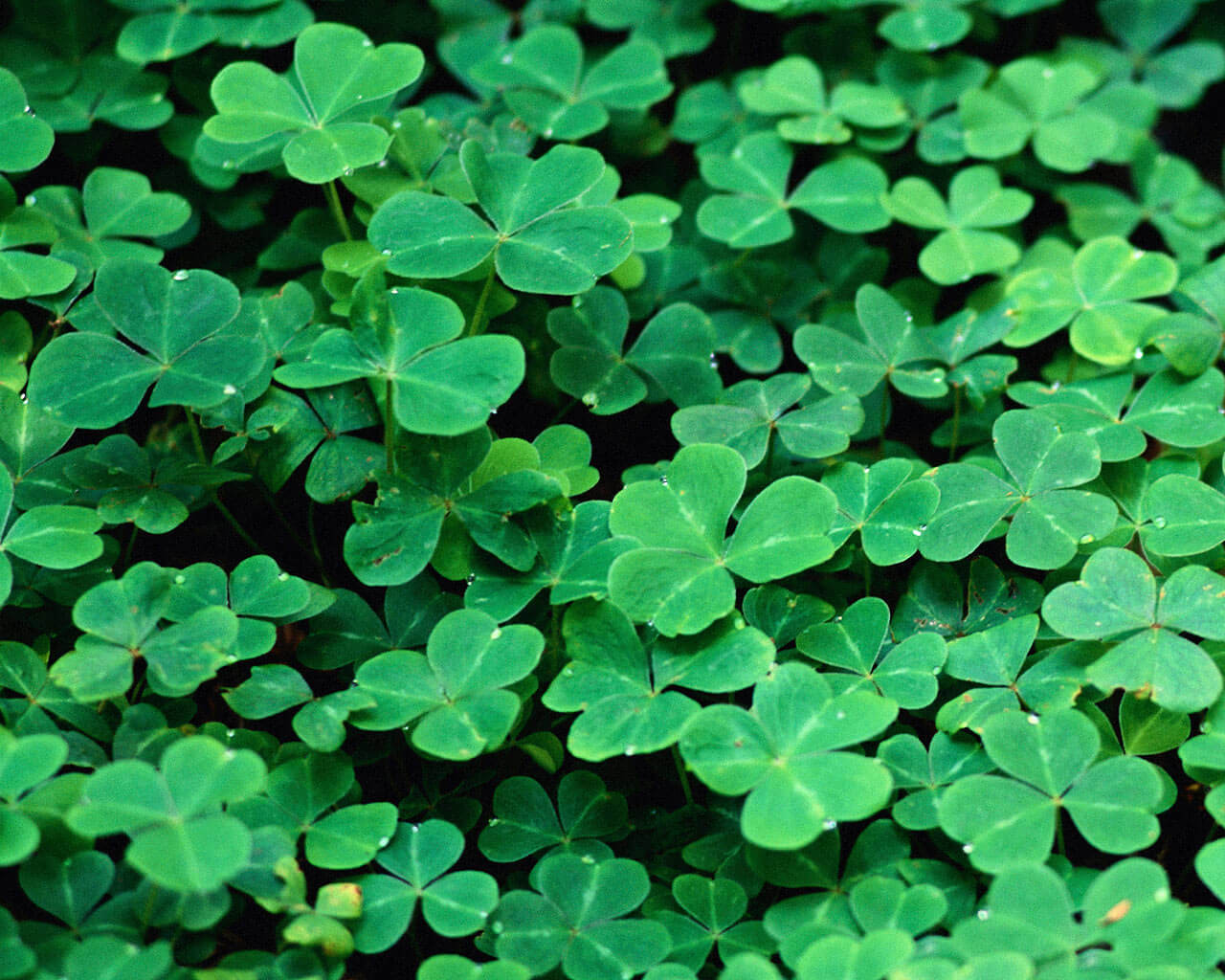 St Patrick’s day 2016 is on Thursday, March 17th 2016 and as some of you may know, I am a genuine Irish chick living in Denver.  Last year I let you into some of my secrets on partying like a real Irish person, however I fear I let you all down. Although I decked myself out in all the gear and went out drinking I ended up in a Mexican establishment.  Although delicious and the margaritas fabulous, they were not Irish!

So let’s put that behind us and make up for it with another year of St. Patrick’s Day 2016 in Denver… 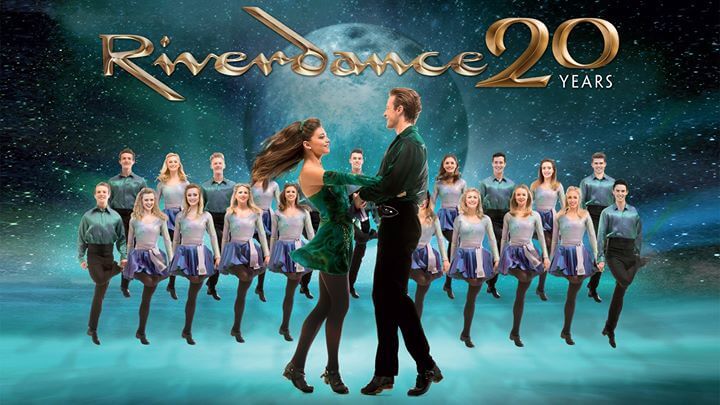 Where: The Buell Theatre at Denver Center for Performing Arts, 1350 Curtis Street, Denver 80202

The Denver Center for Performing Arts is bringing Riverdance – The 20th Anniversary World Tour to their stage especially for St. Patrick’s Day! Drawing on Irish traditions, the combined talents of the performers propel Irish dancing and music into the present day, capturing the imagination of audiences across all ages and cultures in an innovative and exciting blend of dance, music and song. Of all the performances to emerge from Ireland — in rock, music, theatre and film — nothing has carried the energy, the sensuality and the spectacle of Riverdance. Composed by Bill Whelan, produced by Moya Doherty and directed by John McColgan. The running time of the show, which is performed in two acts, is estimated at 2 hours and 10 minutes with one 15-20 minute intermission. 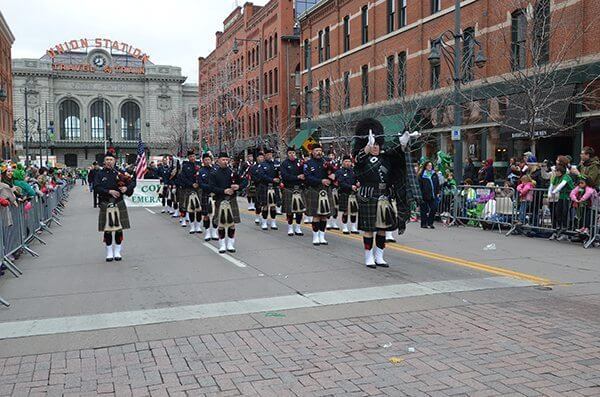 Where: From Coors Field Parking Lot onto Wynkoop (behind Chophouse restaurant) and ends at 27th Street and Blake Street.

Cost: FREE if you wear green!

Let the luck of the Irish shine down on you at Howl at the Moon this St. Paddy’s day! They know that this holiday isn’t just about green beer and shamrocks – it’s about having a celebration! And if there’s one thing they’re good at, it’s celebrating.

Join them for all kind of St. Paddy’s Day shenanigans. They’re featuring Green Beers, Leprechaun Bombs, Car Bombs, and Get Lucky buckets. Don’t forget to enter to win a Happy Hour party by entering your information in the form. For more information and to submit a form visit: hubs.howlatthemoon.com/st-patricks-day-party 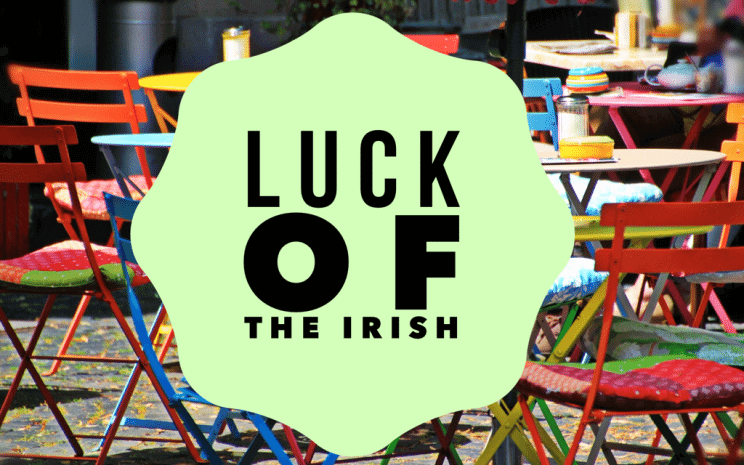 Come get your Irish on with The Abbey Tavern! 12pm They’ll be kicking off the day right with a live performance by Park Hill’s own The Corduroy Tiger. 2pm Colorado Youth Pipe Band, 3pm Nevermind the 90’s , 5pm Irish Dancing, 6pm Avourneen. There will also be a bouncy castle for kids a special Irish menu, pints and more! 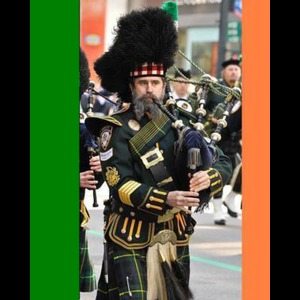 Marlowe’s & Paramount Cafe (both located on 16th Street Mall in downtown Denver) will be hosting a special St. Patrick’s Day celebration post-parade that will include Brunch, Irish food, drinks and Irish Bagpipers! 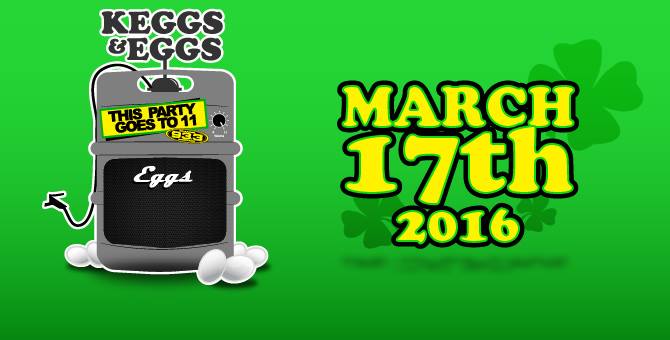 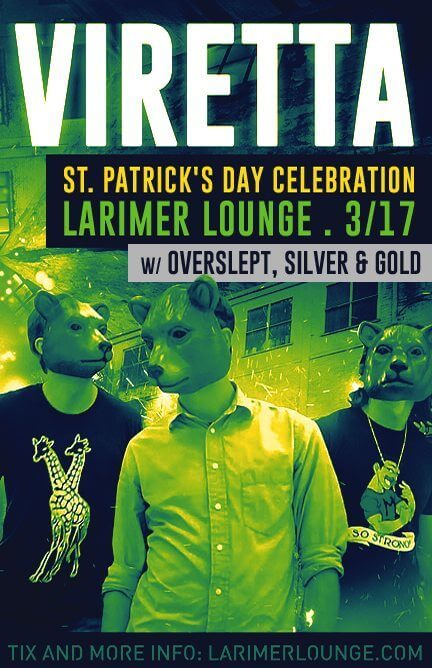 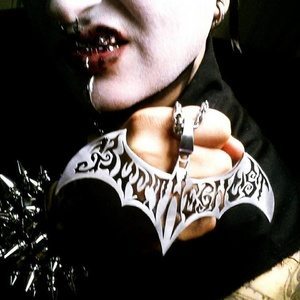 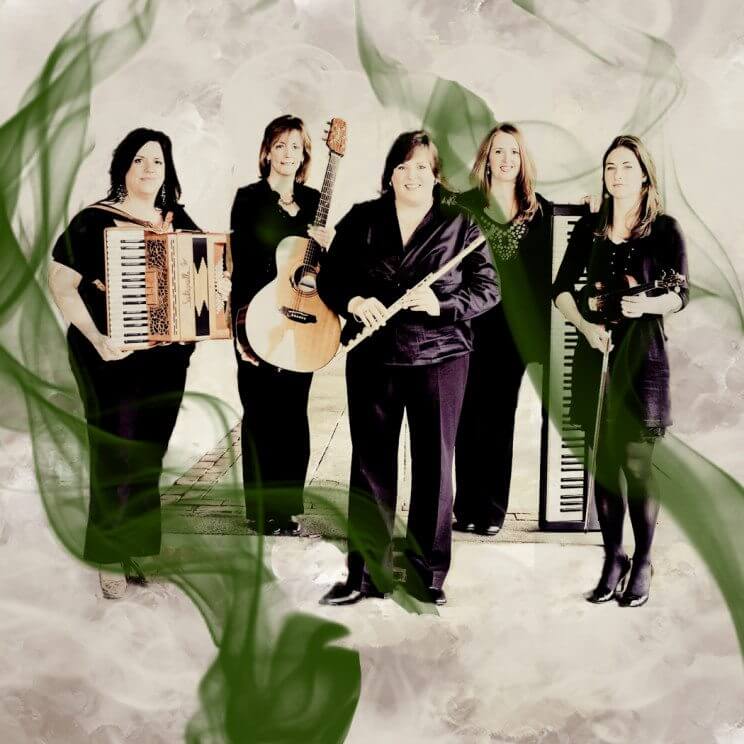 Celebrate St. Patrick’s Day with Cherish the Ladies’ rousing Irish music and extraordinary step dancing at Lone Tree Arts Center. This all female band has performed for audiences all over the world and been named Best Musical Group of the Year by the BBC and the Top North American Celtic act by NPR Radio’s “Thistle and Shamrock” program. Joanie Madden leads Cherish the Ladies on whistles, flute, harmony vocals and introductions while dusting off the perceived cobwebs off traditional music by presenting it in a new light, with a mixture of first class, “kick-ass” musicianship, sensational singing, dynamic dancing and infectious humor – without losing respect for their musical roots.

Let’s get decked out for St. Patrick’s Day Denver! Here are some shopping ideas for you… 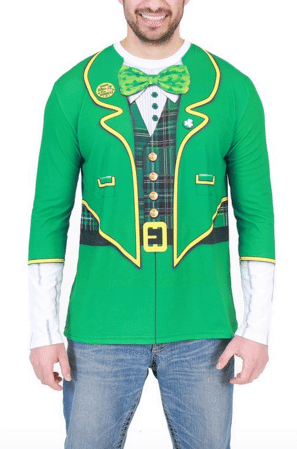 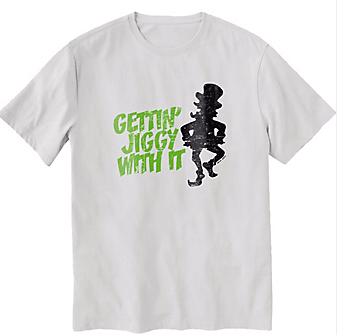 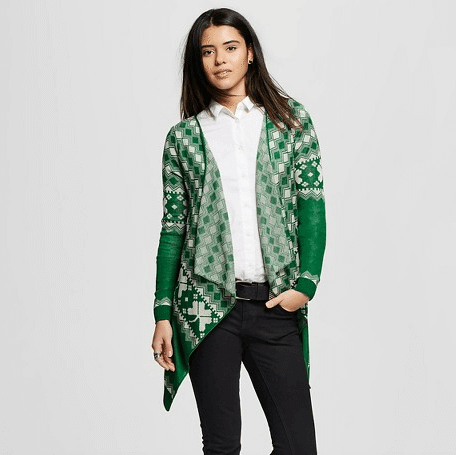 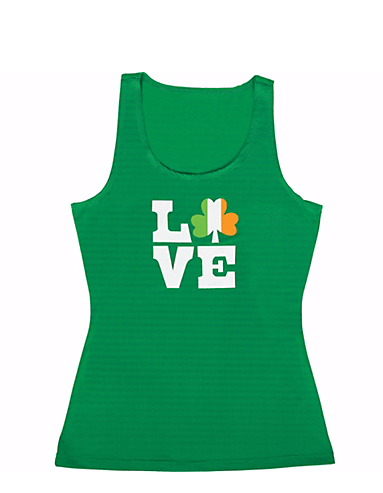 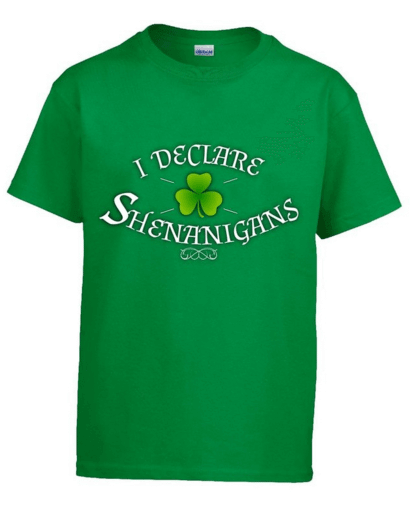 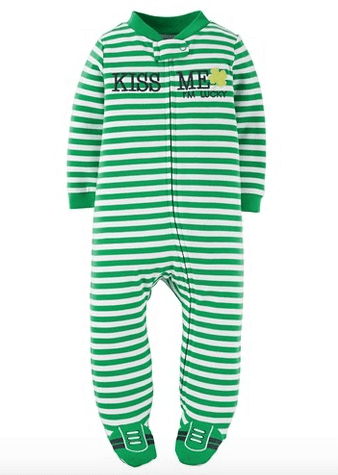 Just One You™ Made by Carter’s® Baby Striped Kiss Me Footed Sleeper – Green $8.99 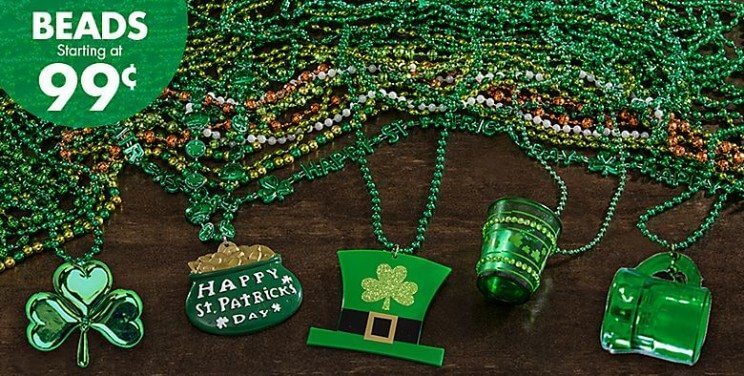 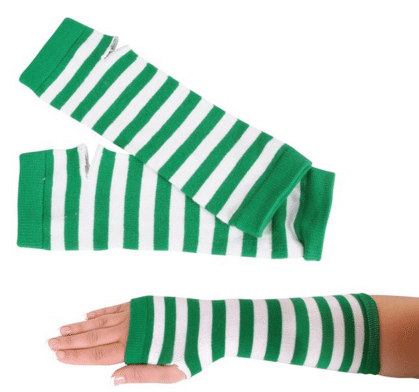 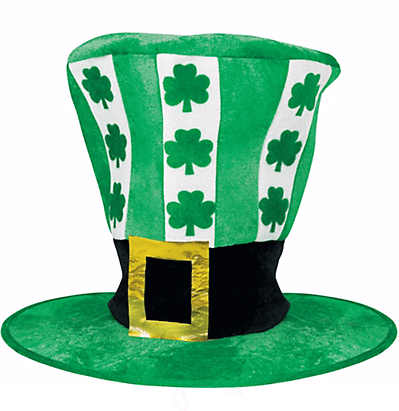 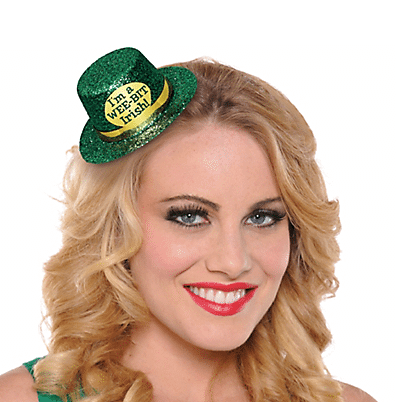 My drink of choice this year is going to be a comforting Baileys Midnight Mint. Did you know in Ireland they don’t tend to make the drinks green, that has become an American tradition. They do however turn the river Liffey green! This cocktail is yum and will give you a nod to green with a sprig of mint. 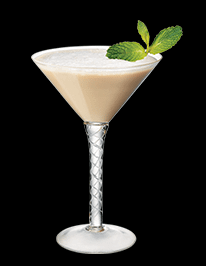 l am going to be making traditional Irish brown bread and having it with lots of Irish butter and Irish cheese. I can recommend Kerrygold (sold in most grocery stores). 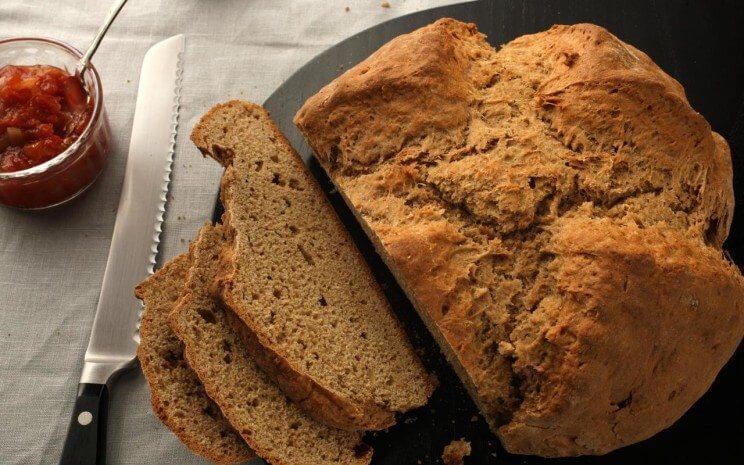 I can’t give you my secret family recipe passed down from generations but this one from Chowhound is close:

Heat the oven to 400°F and arrange a rack in the middle. Lightly dust a baking sheet with all-purpose flour; set aside.
Place both flours, baking soda, and salt in a large bowl and whisk to combine, breaking up any lumps. Add buttermilk and melted butter and mix with your hands until almost all of the flour is moistened and the dough holds together, about 1 minute.
slightly flour a clean work surface and turn out the dough. Knead until it forms a fairly smooth ball with no visible pockets of flour, about 1 minute. Work the dough into a flat round about 7 inches in diameter and 2 inches thick. Place on the prepared baking sheet and, using a sharp knife, slice an “X” across the top, edge to edge and about 1/2 inch deep.
bake until the internal temperature registers 190°F to 200°F on an instant-read thermometer and the bread makes a hollow sound when tapped, about 35 to 40 minutes. Transfer to a wire rack and cool completely before slicing, about 2 hours. (If you slice the bread before it has completely cooled, it will be crumbly or fall apart.)

“May the lilt of Irish laughter lighten every load, may the mist of Irish magic shorten every road and may all your friends remember all the favors you are owed.”