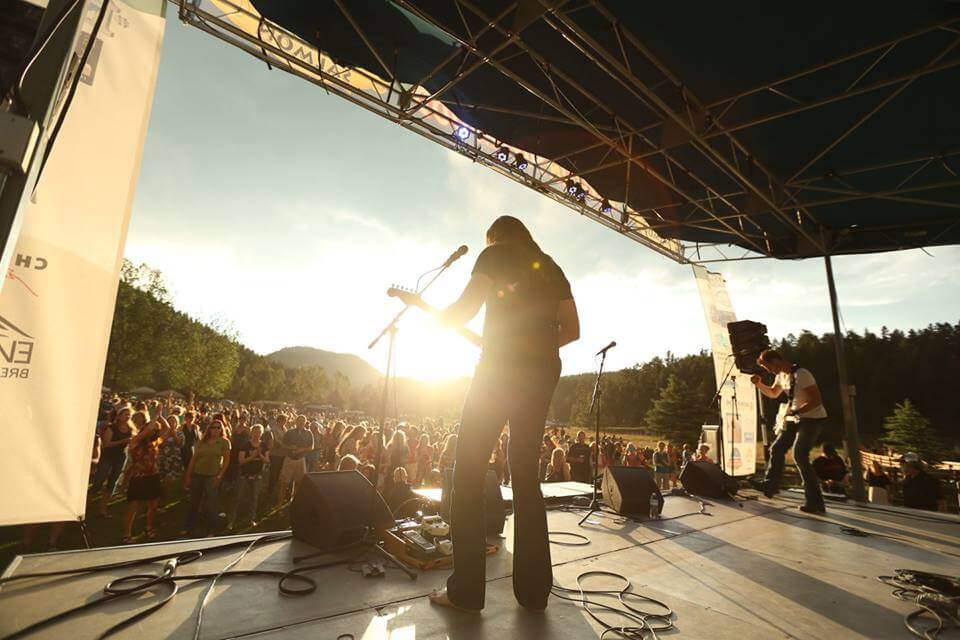 “If I cannot fly, let me sing.” ― Stephen Sondheim

Summer concerts are a fun way to enjoy the summer season, and when they are also free, they are even more fun.

We’ve already featured a guide for Free Outdoor Movies to enjoy, and now we are featuring a Free Summer Concerts in Denver 2018 guide so you know where to enjoy free music in and around Denver this summer including their lineups!

BEATS ON THE CREEK | COOHILLS 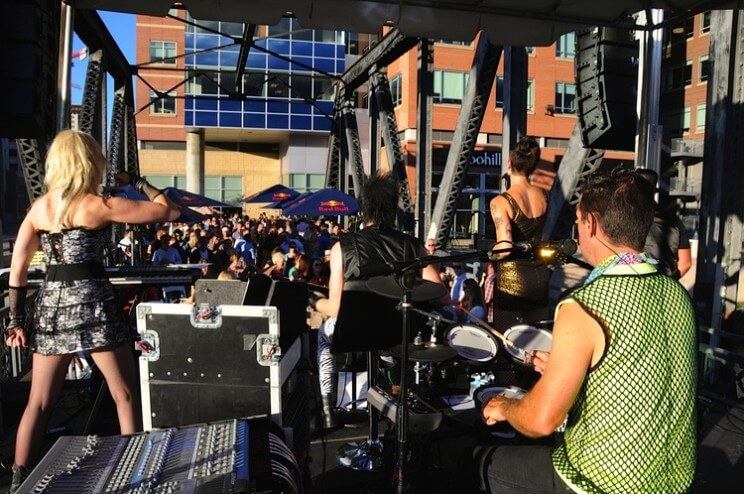 Coohills continues its commitment to sharing live local music and giving back to the community when the popular Beats on the Creek summer concert series. In addition, silent auctions and a portion of the proceeds from each evening’s food and beverage sales go to Conservation Colorado, a nonprofit dedicated to protecting Colorado’s environment and quality of life.

Each concert evening – all of which run Tuesdays from 6:30pm – 9pm through Aug. 7th, offers several ways to enjoy the music, as well as sunset with the majestic Rocky Mountains visible in the background, a view of the bands playing at the southwest end of the bridge, and innovative drinks and food. 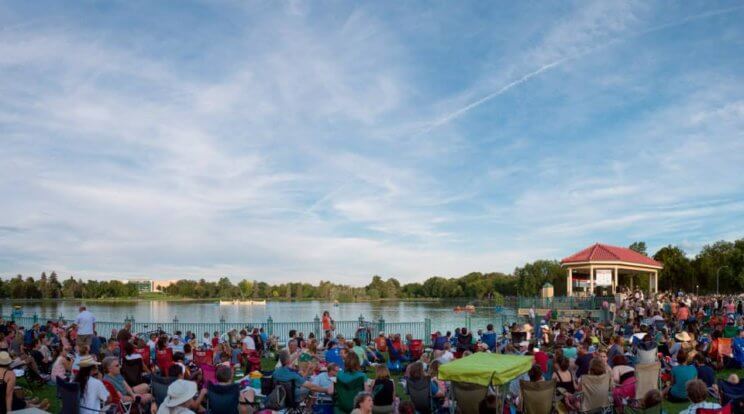 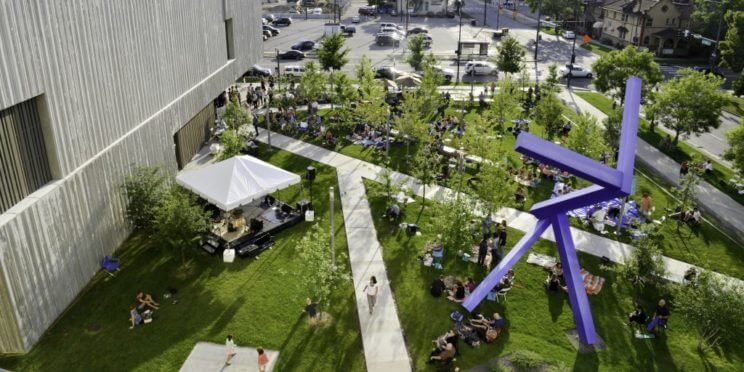 Clyfford Still Museum and Swallow Hill Music are pleased to present three free summer lawn concerts in the Museum’s forecourt. Bring a picnic and join them to celebrate summer in the city. Delicious ice cream sandwiches from Peteybird, local microbrews from Baere Brewing Co. The Lawn Concerts will take place from 5pm – 8pm. 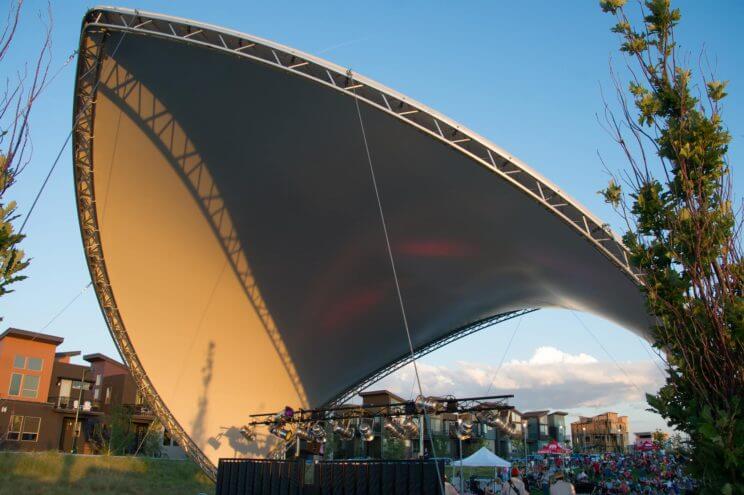 Stapleton MCA are hosting two free outdoor concert series this summer! The Concert on The Green Summer Concert Series, that will take place on selected Saturdays from 6pm – 8pm, and they are also co-hosting the with Jazz@Jack’s the MoJaBlu Concert Series, featuring Motown, Jazz and Blues concerts from 6:30pm – 8:30pm, on Thursday evenings.

SUMMER CONCERT SERIES AT THE STREETS AT SOUTHGLENN 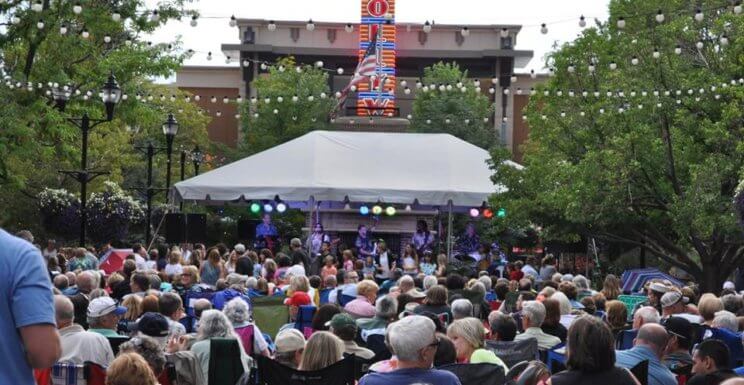 Photo: ©The Streets at Southglenn

The Streets at SouthGlenn will host its annual Summer Concert Series this June, July and August. The concerts, which feature well known local and regional bands, and are held in Commons Park from 6:30pm – 8pm. 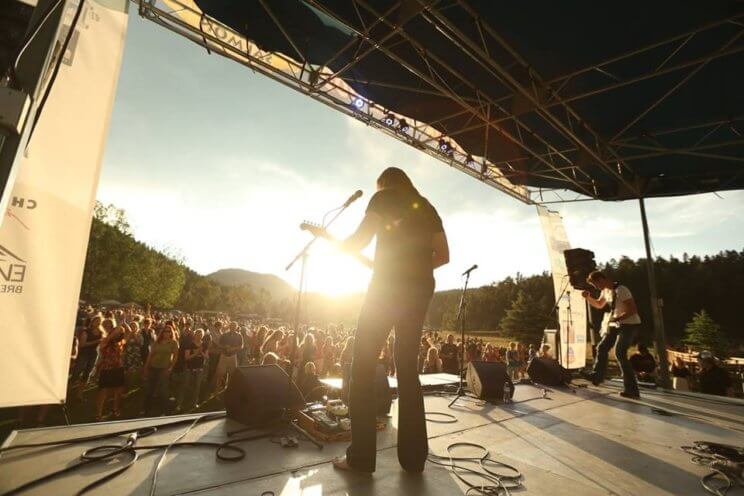 Evergreen Park & Recreation District is presenting its 20th season of its Summer Concert Series at Evergreen Lake House. The 2018 EPRD Summer Concert Series takes place every other Wednesday through August 22, from 5pm – 9pm. The concerts are a picnic style event, you may bring a blanket, lawn chairs, and any food and 3.2 beer or wine.

Evergreen Lake House is located at 29612 Upper Bear Creek Rd, Evergreen, CO 80439. *Please park at Christ the King Church or Wulf Rec Centers. There is no parking at the lake.

MUSIC ON THE PLAZA AT BELMAR 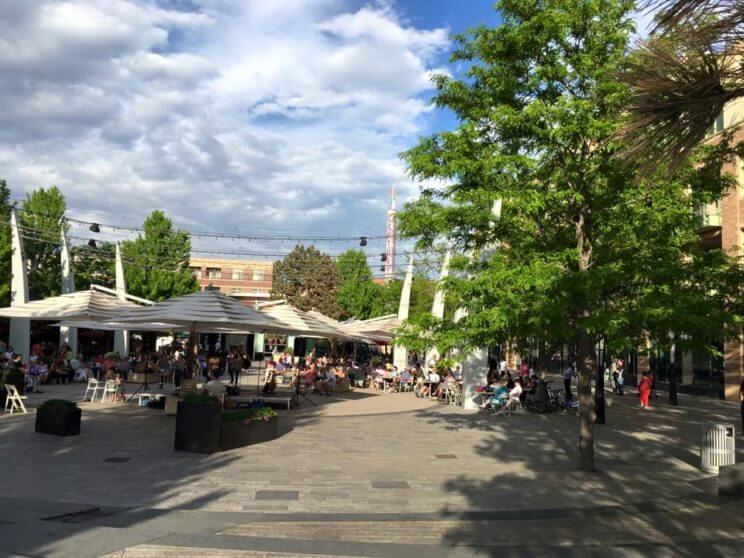 Music on the Plaza at Belmar takes place this summer on Friday evenings from 6pm – 8pm. Concerts run from June through late August and feature outdoor, live performances from local Denver bands featuring a variety of music. 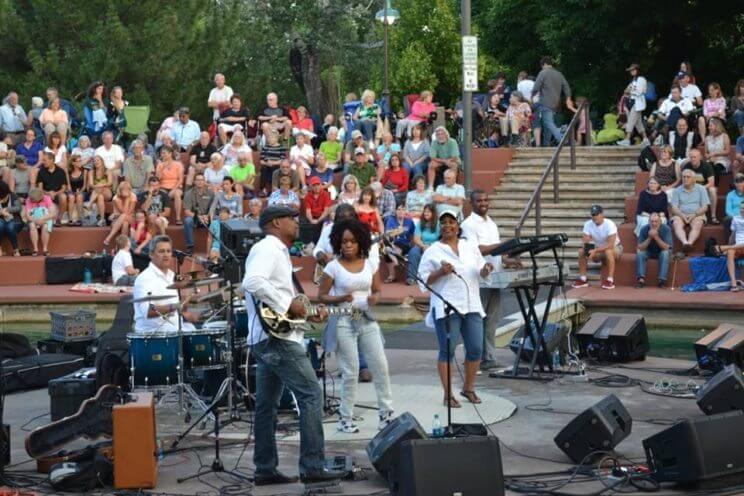 The Green Valley Ranch Concert Series features free music concerts this summer evenings, from 6pm to 8pm, this summer. The July 4th concert will take place at GOV Golf Club, and the rest of the concerts in the series are located at the GRC Recreation Center/Town Center Park.

WEDNESDAYS ON THE WATERFRONT  AT BROOMFIELD AMPHITHEATER 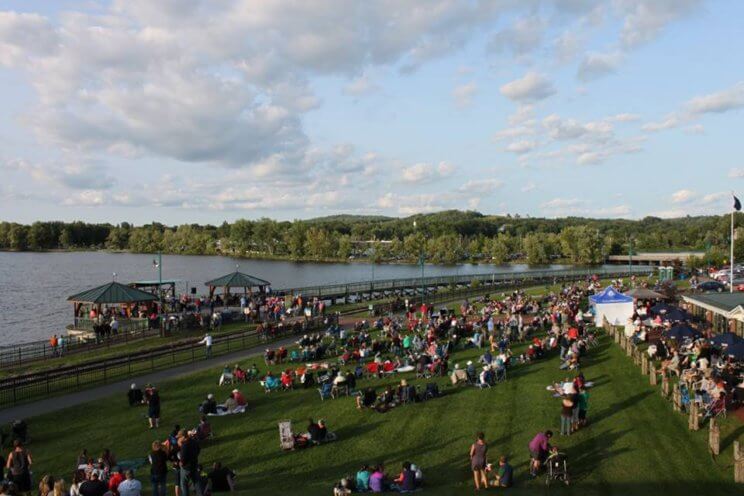 Photo ©Wednesdays on the Waterfront

Wednesdays on the Waterfront is a free summer concert series presented by City & County of Broomfield. Shows at are 7pm (Kick-Off first concert at 4pm) at the Broomfield Amphitheater in Community Park (behind the library and auditorium). 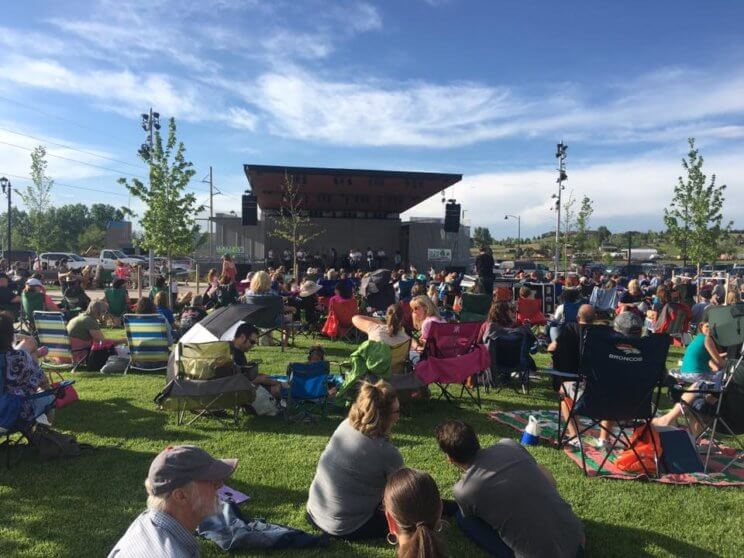 Parker Arts is hosting the Discovery Park Summer Concert Series, with free concerts during the months of June, July & August, in Parker’s brand new amphitheater. This state-of-the-art venue features an open-space design and a number of exciting amenities, such as monumental art pieces and an interactive water fountain for the kids. Feel free to bring your picnic baskets, your lawn chairs and your beach blankets, enjoy the open green space, and listen to some good music.

AURORA RHYMES: CONCERTS ON THE LAWN 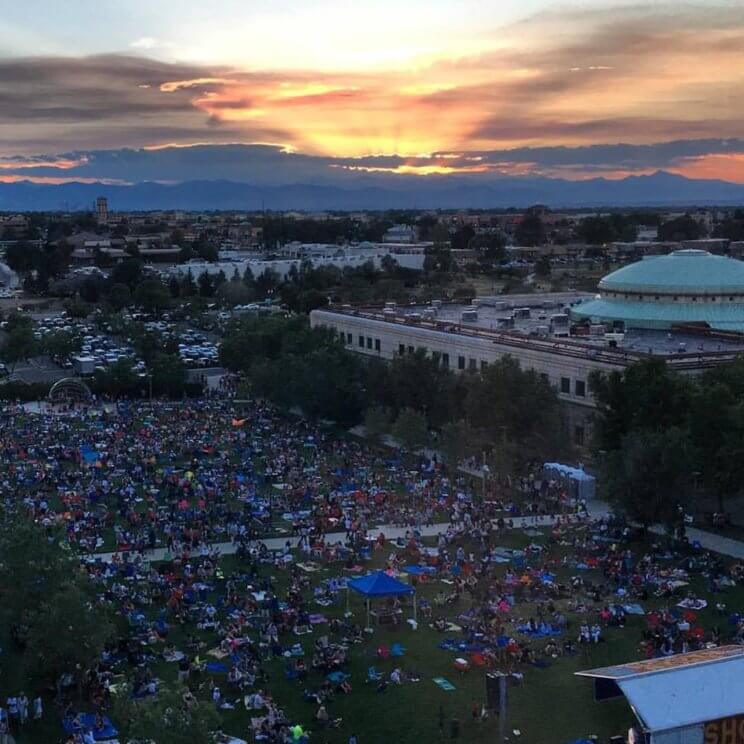 The Aurora Rhymes: Concert  on the Lawn Series, presented by City of Aurora, takes place during the summer months from 6:30pm – 8pm. The Aurora Summer Concerts are held at the Aurora Municipal Center and each concert features one musician or band, a food vendor and an event sponsor. 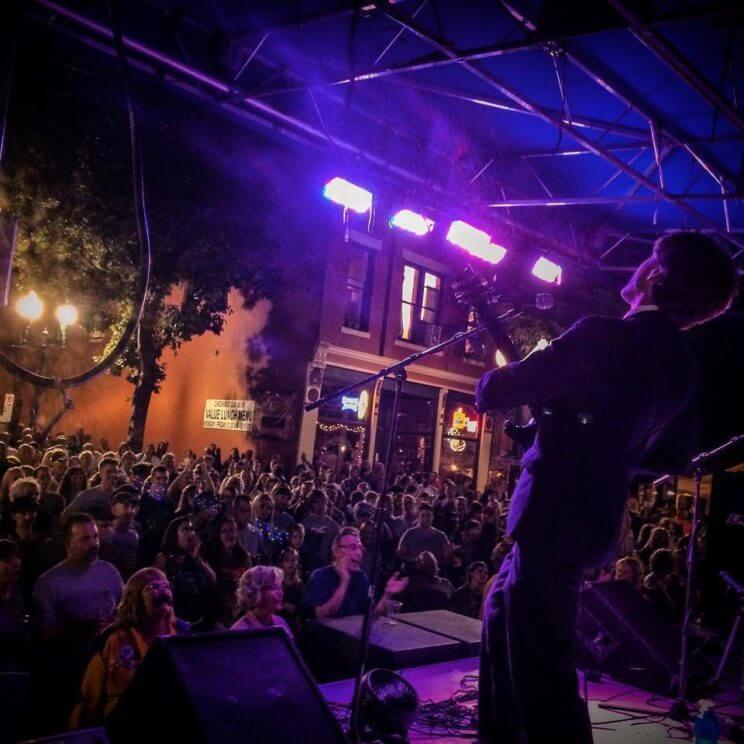 Historic Olde Town Arvada will showcase free live music on the second Saturday of the month at their Olde Town Summer Sounds on Second Saturdays from 3pm – 8pm. In addition to live music, they will feature arts & crafts booths, food booths, kids activities as well as beer and wine sales. Admission is free and Grandview Ave will be closed to auto traffic, ensuring a fun and safe atmosphere for all. 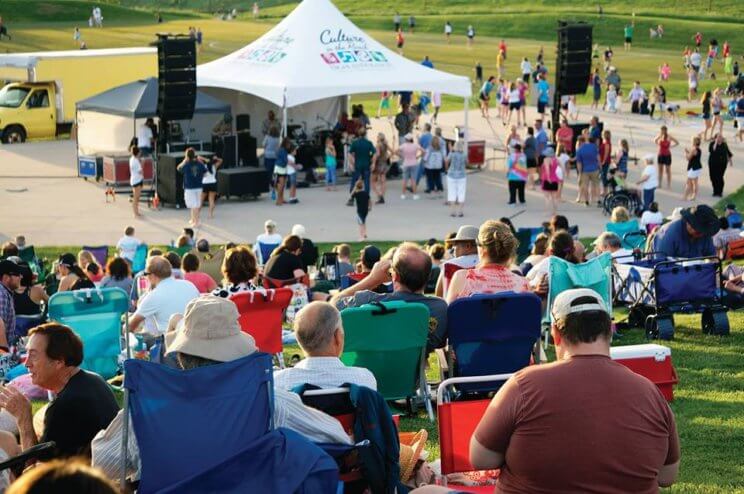 The Highlands Ranch Community Association, is hosting free outdoor concerts this summer! This Concert Series will take place at Highland Heritage Park during the months of June and July and is sponsored by Littleton Adventist Hospital.