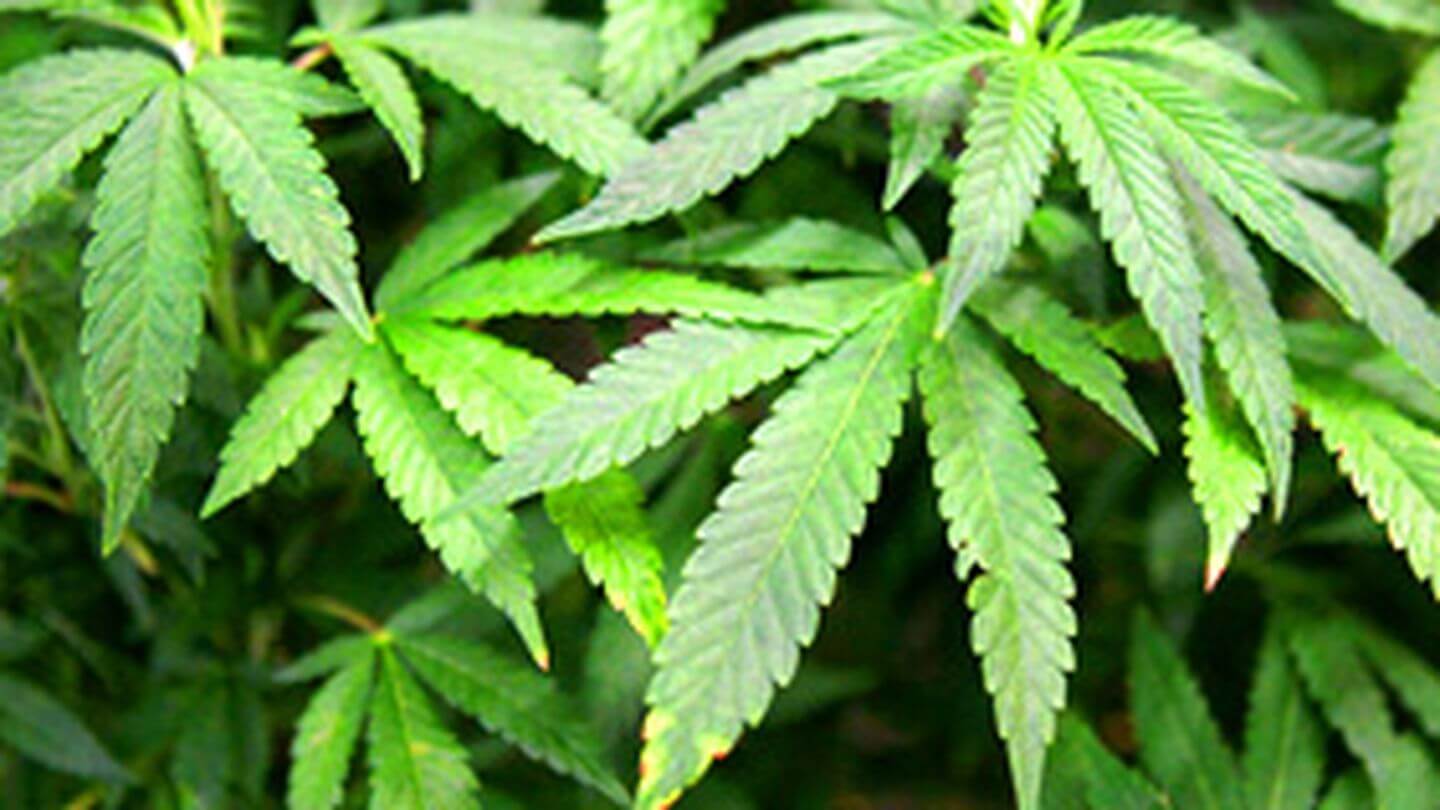 The Mile High city will be appropriately “higher” than usual this month on April 20th 2016, in celebration of legalized marijuana and cannabis on international 420 day.

Our Denver 420 Events 2016 guide is here to keep you all in the know what’s in store, but beforehand…

420, 4:20, or 4/20 (pronounced four-twenty) is a code-term that refers to the annual consumption of cannabis and by extension, as a way to identify oneself with cannabis culture. Observances based on the number 420 include smoking cannabis around the time 4:20pm, as well as smoking and celebrating cannabis on the date April 20th.

In 1971, a group of people in San Rafael, California, calling themselves the “Waldos” (because their chosen hang-out spot was a wall outside the school) used the term in connection with a plan to search for an abandoned cannabis crop that they had learned about. The “Waldos” designated the Louis Pasteur statue on the grounds of San Rafael High School as their meeting place, and 4:20pm  as their meeting time, They referred to this plan with the phrase “4:20 Louis”. Several failed attempts to find the crop eventually shortened their phrase to simply “4:20”, which ultimately evolved into a codeword that the teens used to mean marijuana-smoking in general. Steven Hager of High Times wrote “Stoner Smart or Stoner Stupid?” in which he called for 4:20pm to be the socially accepted hour of the day to consume cannabis. He attributes the early spread of the phrase to Grateful Dead followers, who were also linked to the city of San Rafael.

Even though this day is all about April 20th, there are many events taking place beforehand. Events are, therefore, ordered by date. 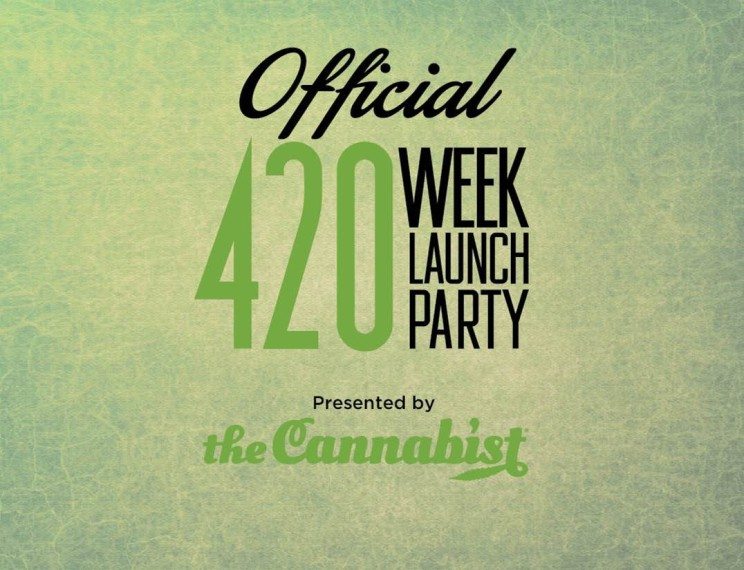 The Cannabist and Royal CBD are hosting an Official 420 Week Launch Party at The Denver Post (Main Lobby) where they will feature Ignite Talks with The Cannabist staff, iSum‘s founder James Reed, Q&A With Ricardo Baca, Lance Lambert & Greg Moore, Happy Hour and tours of the newsrooms and The Cannabist Show set as well as a “Rolling Papers” Screening. 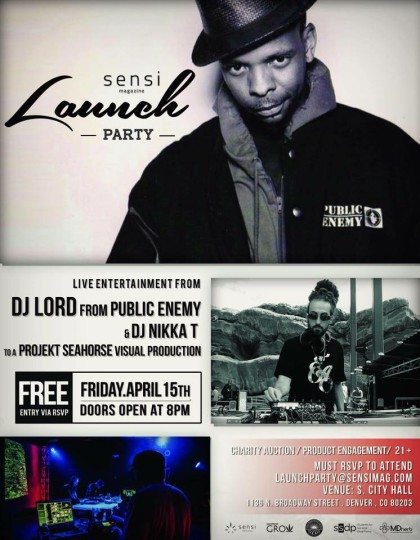 Sensi Media Group are hosting a special Sensi Mag (Pre-420) Launch Party. The party will include cocktails, appetizers, live music by DJ NikkaT and networking with conscious business leaders from Colorado and beyond.

Denver 420 Fest 2016 is a three-day event celebrating the culture of Colorado and the cannabis industry during the 420 holiday. Denver 420 Fest will include vendors of clothing, glass, art, jewelry, lighting, grow help and more as well as well as a special performance by Lil Flip on Saturday the 16th @4pm with a Meet and Greet, Colorado Cannabis DJ Chris Diablo with special guest KCUTZ spinning the weekend and a full schedule of entertainment from local artists. 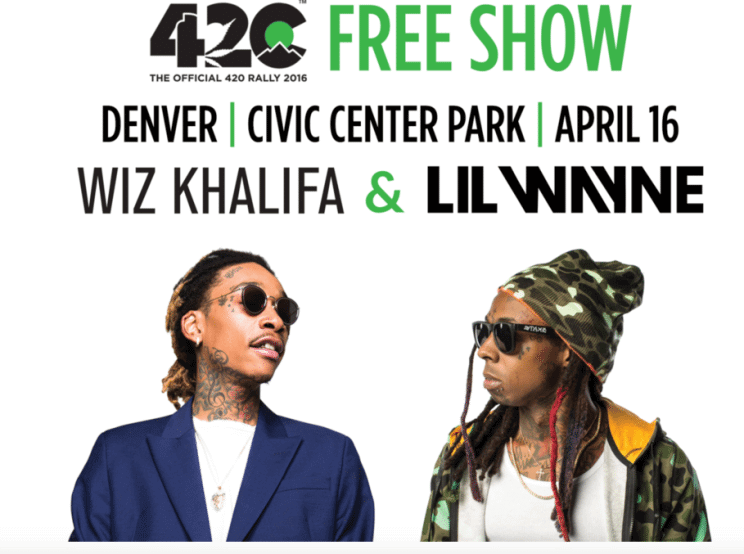 Purchase the Premier and All Access Passes at: bit.ly/Denver420Rally

The Denver Annual 420 Rally 2016 will feature FREE performances by Wiz Khalifa and Lil Wayne! Presented by Colorado Marijuana Company, MassRoots, and Sweet Leaf, over 100,000 cannabis enthusiasts and 250 vendors will participate to celebrate the wonders of cannabis, enjoy performances from world-class artists, and raise awareness of critical issues facing Colorado and the nation as a whole. The Denver Annual 420 Rally is a non-profit organization dedicated towards building an inclusive, engaged community that promotes equality in economic justice, access to fair housing, improved education, and greater police accountability and professionalism. For more information, visit their website at: www.denver420rally.org. 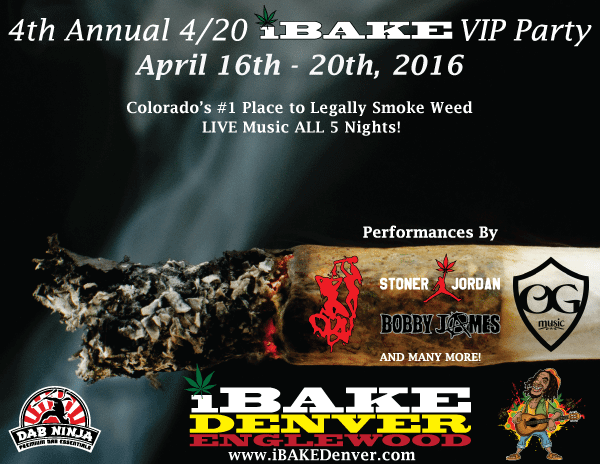 Time: From 11am Daily 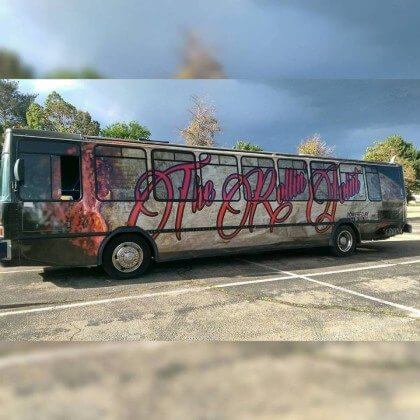 Where: Throughout Denver, CO

Cronic Lifestyle Magazine presents “The Best 420 Holiday Weed Tour in the World” The Rollin’ Joint, Denver’s only mobile smoking lounge and party bus will be in full throttle for 4 days and taking tourist on a weed tour. This is  40 ft tour bus will include Cannabis Stewardess greeting you with a swag bag that contains weed, wax, vape pen, rolling papers, Cronic Magazine and a “Legalize The World” T-shirt.  They’ll be stopping by exclusive rec shops for you to purchase marijuana, concentrates, edibles, drinks, lotions all at a 20% discount and they’ll also be touring one of the world’s largest Marijuana grow facilities. They’ll be attending the official 420 Rally in downtown Denver along with 420 nightly events going on throughout the weekend.  As they continue into the following week, Tuesday the 19th is Eve on the Rocks with Red and Meth at Red Rocks and Wednesday the 20th is Snoop Dogg and Future at Fiddlers Green (must purchase tickets separately to attend concerts. More info on these concerts below).

Declaration Brewing are hosting a 420 Pre-Party that will feature Mesmerie Entertainment and their one-of-a-kind 12′ Pot Leaf. Talented aerialists fly high on the Declaration Brewing patio within their festive metal structure designed with Colorado in mind. Expect dazzling fire performances, LED hoop shows, stilt walkers, and more. There will also be a free comedy show from 9pm and Mile High Cajun Food Truck will be serving up food throughout the evening. 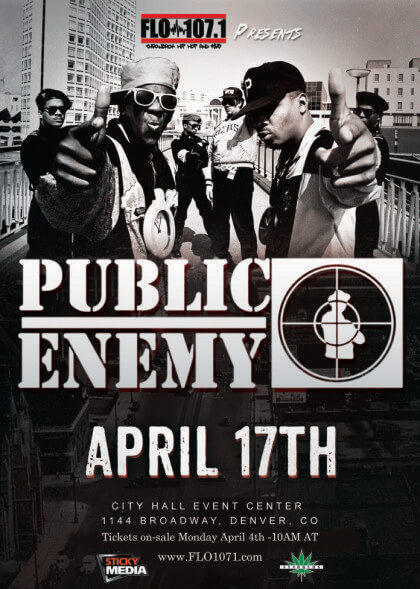 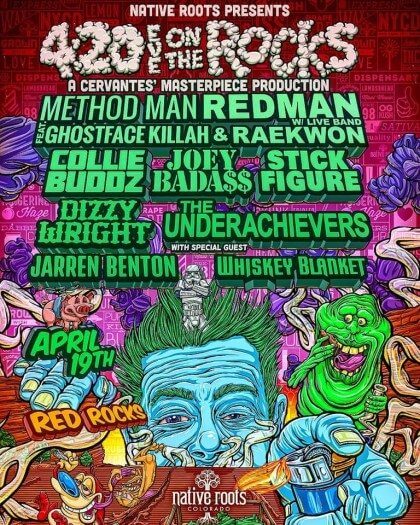 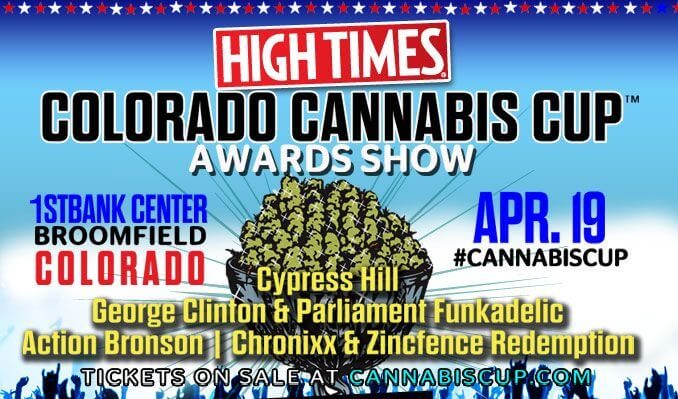 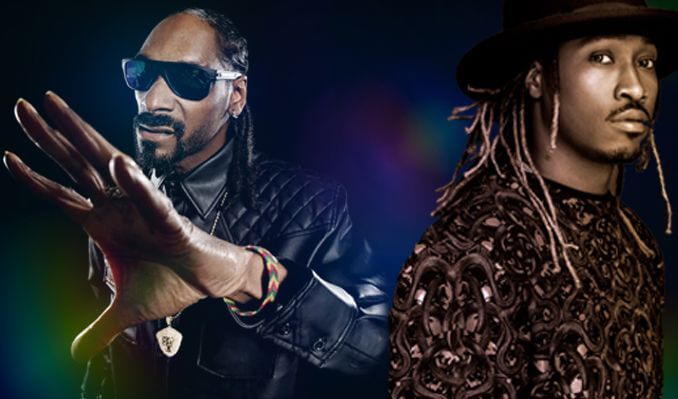 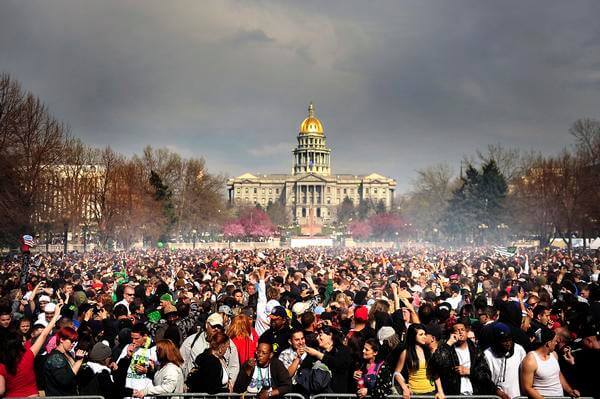 Cannabis Activists are rallying at Civic Center Park where they will voice their rights for normalization after legalization! Bring your signs, your flags, your voices; and your ‘doobies’. For more information visit their Facebook event page. 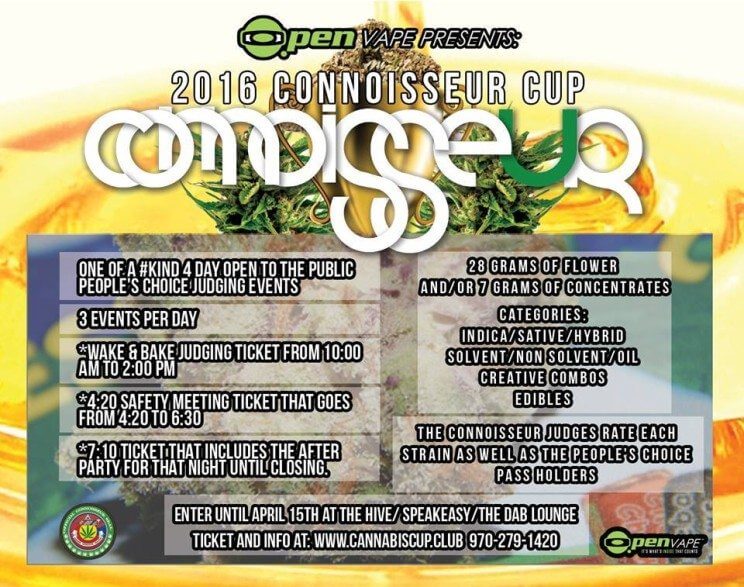 The Cannabis Connoisseur’s Coalition has toured across Colorado in search of the finest Cannabis & Concentrates the State has to offer for the last year. So far they have over 25 amazing strains that have qualified for a shot to win the 2016 Connoisseur Cup BEST Cannabis and BEST Concentrate in Colorado award. All entires that have not Pre Qualified can still enter the People’s Choice division that are both Judged by their Connoisseur Judges and the actual People of the Canna World Community.

Enter your BEST Cannabis and Concentrates at their participating Cannabis Clubs up until April 15th or call (970) 279-1420 for pick-up. Each of the 4 days will have three People’s Choice Judging & Tasting Passes at Private Location available each day: *Wake & Bake Judging ticket from 10am to 2pm. *4:20 Safety Meeting Ticket that goes from 4:20pm to 6:30pm *7:10 ticket that includes the VIP 420 Celebrity after party for that night until closing (Judging tools sponsored by Nectar Collector and O.penvape). 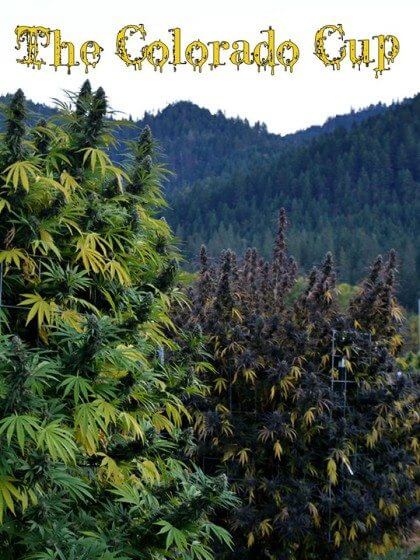 Cost: Free to attend / $35 guest judges collectable hatpin to try all of the entries and vote on peoples choice with your own separate dab bar just for you. / $40 to enter your flower.

The Colorado Cup is a colorado competition for colorado growers, caregivers and recreational and medical shops. Enter your flower or concentrate to be judged by some of colorado’s and the country’s top cannabis connoisseurs and guests who attend the event. Judging will be done the weekend and week before the event by the judges and peoples choice will be chosen the night of the event. Categories: Peoples Choice Flower, Peoples Choice Concentrate, Highest Testing Overall, Highest Testing Flower, Highest CBD Overall, 1st, 2nd, 3rd for Flower and Wax/Shatter in Sativa – Hybrid – Indica (determined by test results and judges scores), Best Terps (concentrate), Best overall concentrate, Best overall flower, Best overall rosin, Best overall edible.