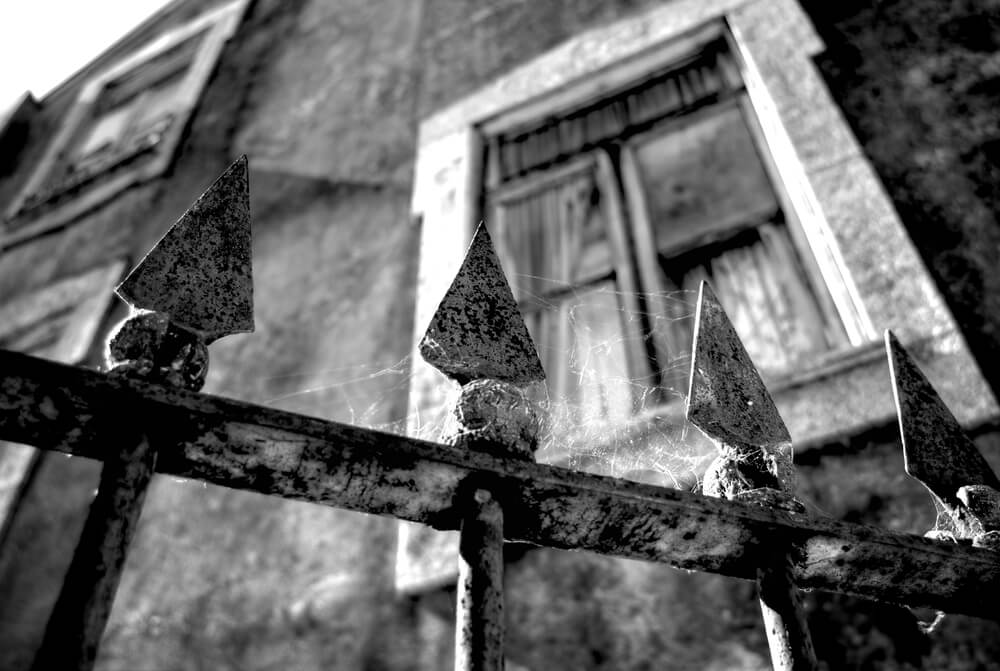 Halloween is just around the corner and if you have already visited some of the haunted houses we’ve listed, then maybe it’s time to check out some real haunted places in Colorado! 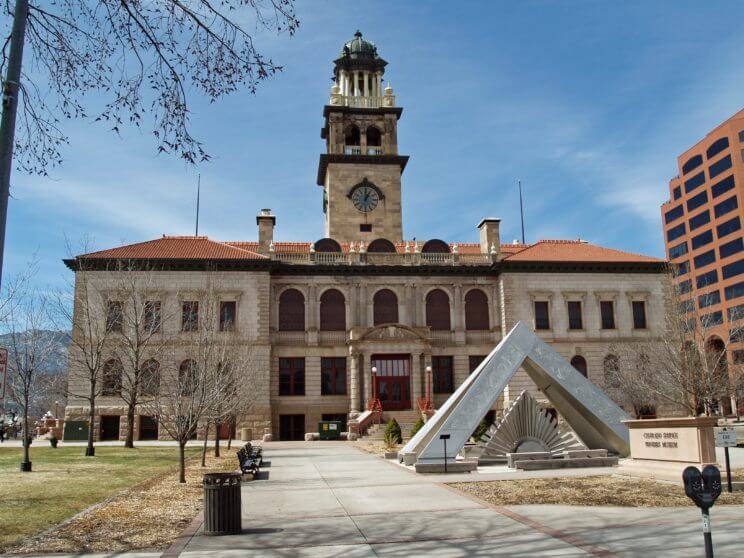 The Shadowlands claims that the museum is haunted by a former manager who was shot and killed in the late 50s by an employee, over a dispute regarding the employee’s pay. Apparently the security guards patrolling the museum at night tend to avoid the manager’s former apartment due to a sense of “unease” there!

The Windsor Hotel, located in Del Norte, was built in 1871 and is one of Colorado’s oldest hotels. The Windsor became the main social and commercial center of the town in the last quarter of the 1800’s, when Del Norte was a booming mining and ranching center.

Lions Ground News Publishing claims that the hotel is haunted by a woman named “Maude”, that stopped at the Windsor Hotel during her travels through the San Luis Valley. Maude purchased a gun across the street from the hotel and shot herself. Visitors claim that they still sometimes hear her moaning and screaming! 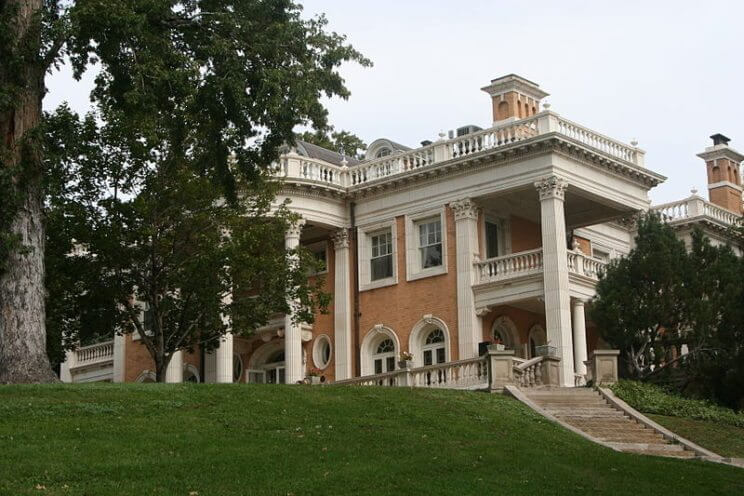 Grant-Humphreys Mansion, located in Denver, was built in 1902 for the third Governor of Colorado, James Benton Grant, who lived in the mansion with his wife, Mary Matteson Goodell. After his death in 1911, Goodell continued living in the mansion for another six years, until eventually selling it to Albert E. Humphreys in 1917.

Albert E. Humphreys, known as the “King of the Wildcatters” after his profitable oil-drilling ventures in Wyoming, died in what is considered a “suspicious” shooting accident on the third floor of the mansion. HauntedHouses.com claims that since then, Albert still resides in the mansion in his ghost form due to the nature of his untimely death! 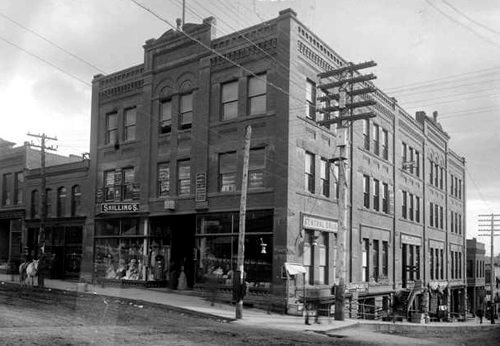 Colorado Grande Hotel & Casino, located in Cripple Creek, was built in 1896 and is considered a haunted dwelling. The hotel and casino are believed to be haunted by a redheaded, Irish ghost named Maggie that is often seen around the slot-machine area, sometimes accompanied by a male ghost.

Fringe Paranormal states that many have reported that security cameras caught footage of Maggie playing slots, but the film went missing inexplicably from a safe in the building.

Psst… Since “Maggie” and her male companion are such a talked-about subject around the nation, the Colorado Grande Hotel & Casino have named their hotel restaurant “Maggie’s Restaurant” and their casino reward program is named “Maggie’s Club”! 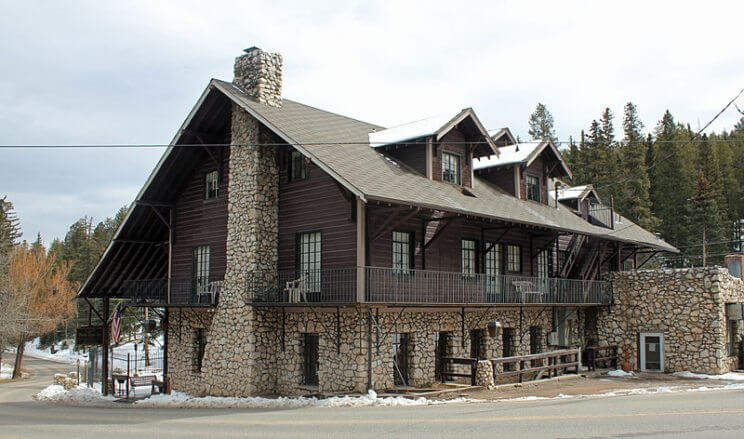 HauntedPlaces.org claims that the Historic Brook Forest Inn is haunted by several ghosts. The top floor of the inn is haunted by a woman named Jessica and her stable-hand lover. The lover murdered Jessica, a chambermaid, and then committed suicide.

Psst… The Shadowlands states that the The American Foundation for Scientific Paranormal Research investigated these claims and found numerous magnetic anomalies in the room where the homicide of Carl’s wife occurred! 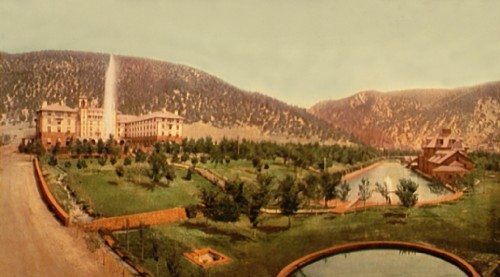 Hotel Colorado, located in Glenwood Springs, was built in 1891 during Colorado’s mining boom and is listed on the National Register of Historic Places. The Hotel Colorado’s originator, Walter Devereux, spared no expense in the creation of the “Grande Dame”, and the resort served Colorado’s wealthy elite.

Legends of America claims that the hotel is home to several spirits that inhabit the building, and that guests and staff have reported very unusual activity during the late hours of the night. Paranormal sightings include an elevator moving from floor to floor with no passengers, a young girl in Victorian clothing seen playing with a ball in various areas of the hotel, and a female apparition that peers over sleeping male guests.

Psst… CCPI Paranormal Investigations decided to investigate these claims and recorded high electro-magnetic fluctuations between the hours of 12am to 1am! 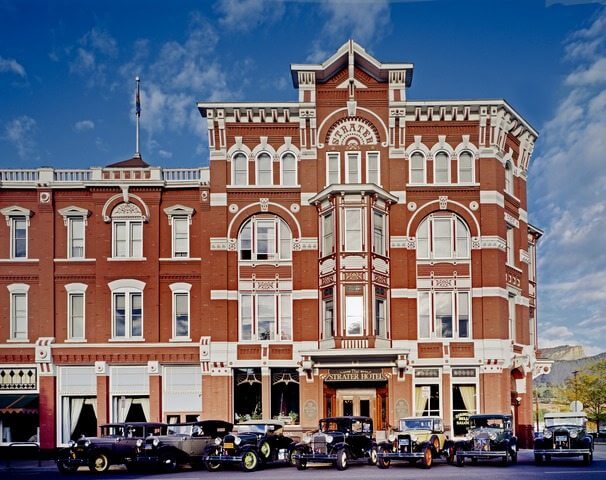 Strater Hotel, located in Durango, was built in 1887 by Henry Strater, and is a Historic Hotel of America Member.

The hotel’s interior features handcrafted woodwork, period wallpaper, and the largest collection of American Victorian walnut antiques. The hotel also includes historic outlets such as the world-famous Diamond Belle Saloon, an original ragtime piano bar that dates back to the era of the Old West.

HauntedPlaces.org claims that the hotel was built on old railroad tracks and is believed to be haunted by many apparitions. Reports include those of a ghostly figure of a man in a white shirt standing on the railroad tracks and who vanishes suddenly, a railway engineer in period clothing walking through the hotel lobby, and that the hotel staff refuses to work alone on the upper floors!

The theater first opened its doors as the Boulder Theater on January 9, 1936.

Colorado Daily reports that in the 1940s, George Paper, the then-manager of the Boulder Theater, accidentally hung himself while doing some rigging on the stage. George’s spirit then started to appear around the 1980’s, during the theater’s renovations. People reported sightings of figures, lights would get turned on and people could “feel something” in the green room. 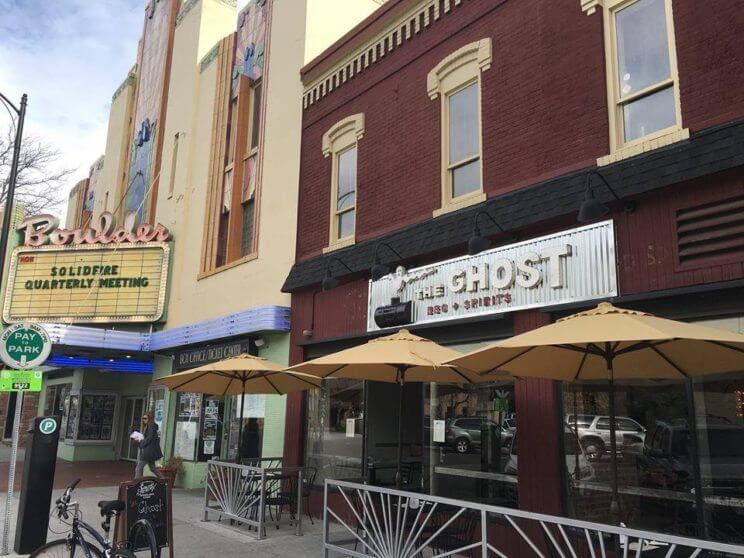 The theater’s adjacent restaurant, initially named The Lounge, opened in 2008, and within the first few months of its opening, staff began to notice paranormal activity. Activity included sightings by several different people of a ghostly man, lights that turned on and off in the main bar, the men’s bathroom door swinging back and forth by itself, and the sinks in the women’s bathroom turning on and off by themselves.

The restaurant decided to change its name to George’s Food & Drink due to the belief that the paranormal activity was in fact, George Paper, the Boulder Theater’s resident ghost.

The restaurant has since then closed, and Joe and Bob Sargent opened The Ghost BBQ & Spirits in its place. 5280 Magazine reports, that similar to its predecessor George’s Food & Drink, the newly opened joint pays homage to George Paper. 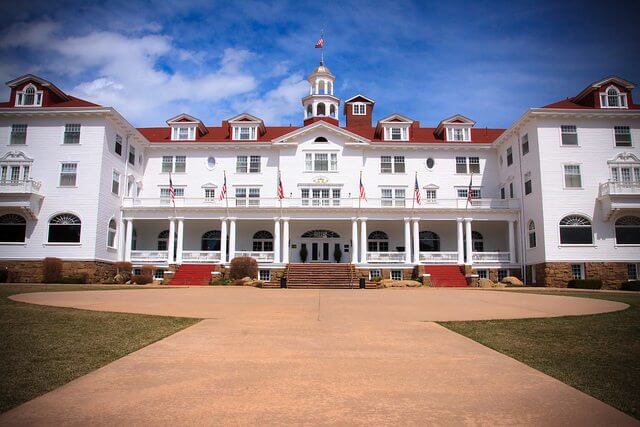 The Stanley Hotel, located in Estes Park, was built in 1907 by West, F.O. Stanley. F.O Stanley purchased 160 acres from Lord Dunraven and it took him two years to build the main building of the hotel. He also built the road from Lyons, over which he brought visitors, riding in a Stanley Steamer to Estes Park and The Stanley Hotel.

The Stanley Hotel opened in 1909 and the hotel, and its surrounding structures, are listed on the National Register of Historic Places. 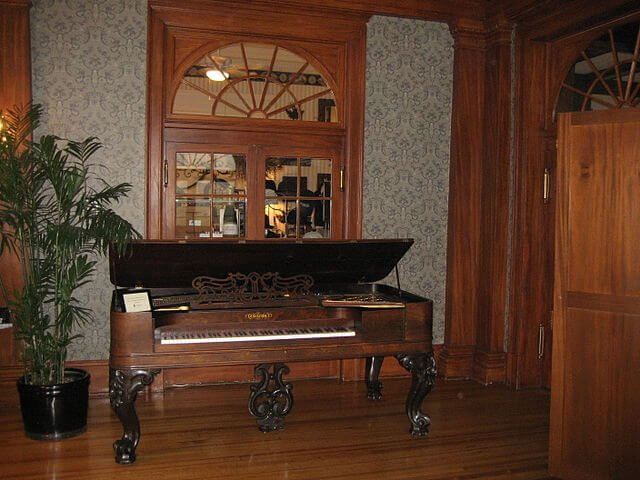 In the years following the publication of The Shining, The Stanley Hotel has gained a reputation for frequent paranormal activity. The hotel itself has embraced its paranormal past and states that it has become renowned by specialists and experts in the field of paranormal investigation as one of the nation’s most active sites.

Ghostly guests include the spirits of F.O Stanley and his wife Flora, who continue to go about the business of running their beloved establishment as though they were still alive. Flora’s antique Steinway can be heard playing in the dead of night and Mr. Stanley has been captured in photographs surveying the goings-on in his once favorite room, the Billiards Room!

Psst… The Stanley Hotel offers its guests Night Ghost Tours that take you to the basement rooms of The Concert Hall and the famous tunnel after dark, where Flora and F.O. Stanley are still said to be seen.

The number one creepy and real haunted place in Colorado is awarded to Cheesman Park!

Cheesman Park, located in Denver, dates back to the 19th century and its land used to be Prospect Hill Cemetery. The cemetery opened in 1858, and in March 1860, slain Denver gambler Jack O’Neal and John Stoefel, the man who murdered O’Neal, became the first two people buried in the cemetery.

By the late 1880s the cemetery was rarely used and Colorado Senator, Henry Moore Teller, persuaded the U.S. Congress to allow the old graveyard to be converted to a park. Families were given 90 days to remove the bodies of their loved ones to other locations, yet more than 5,000, remained unclaimed.

E.P. McGovern, an undertaker, was elected to remove the remains, yet utilized child-sized coffins instead of adult-sized ones, sometimes using as many as three caskets for just one body. In their haste, body parts and bones were literally strewn everywhere in a disorganized mess.

In November 2008, during initial construction of a new parking structure for the Denver Botanic Gardens between York and Josephine Streets, human bones and parts of coffins were unearthed, and in November 2010, workers digging trenches for a Cheesman Park irrigation system unearthed four skeletons. 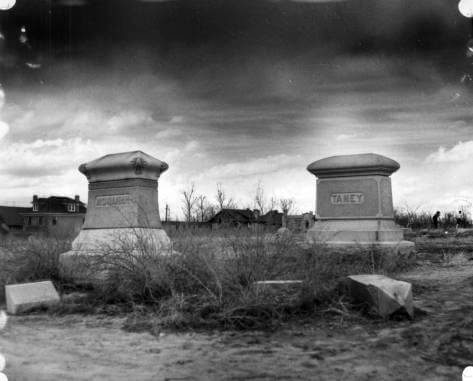 Legends of America claims that today, an estimated 2,000 bodies remain buried in Cheesman Park, and since then the spirits of the forgotten, looted, and desecrated bodies continue to make their presence known in the park, and in neighborhood that surrounds it!

The website also claims that children have been seen playing in the park during the night before they mysteriously disappear and a woman is said to be seen singing to herself, before she too, suddenly vanishes.

On some moonlit nights, the outlines of the old graves can still allegedly be seen. Others have also claimed that after lying on the grass, they have found it difficult to get up, as if unseen forces are restraining them. The most haunting reports tell of strange shadows and misty figures that seem to wander through the park in confusion!

Happy Halloween to all the Colorado living, and non-living, residents and visitors!