PSST… Where to Watch Outdoor Movies in Denver this Summer 2019 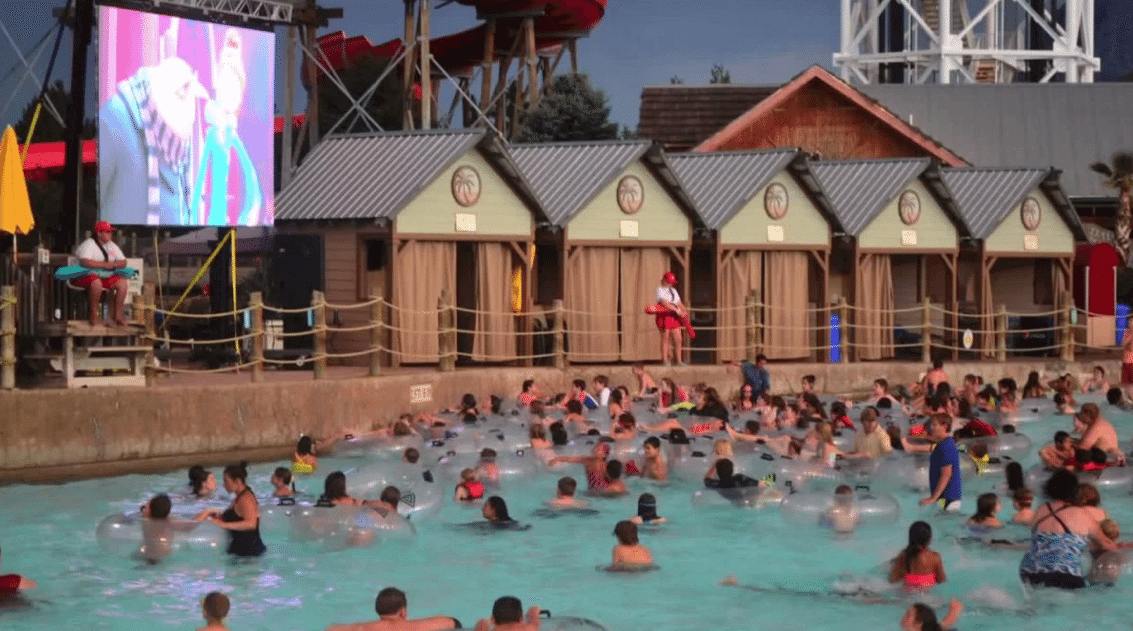 There is something about watching movies outdoors during the summer season that makes for a great evening.

There are so many places, parks and areas that feature outdoor movies during the summer in and around Denver, that a special guide was in order. Find out where to watch outdoor movies in Denver this summer 2019 as well as the lineup of movies in each location!

WHERE TO WATCH OUTDOOR MOVIES THIS SUMMER 2019 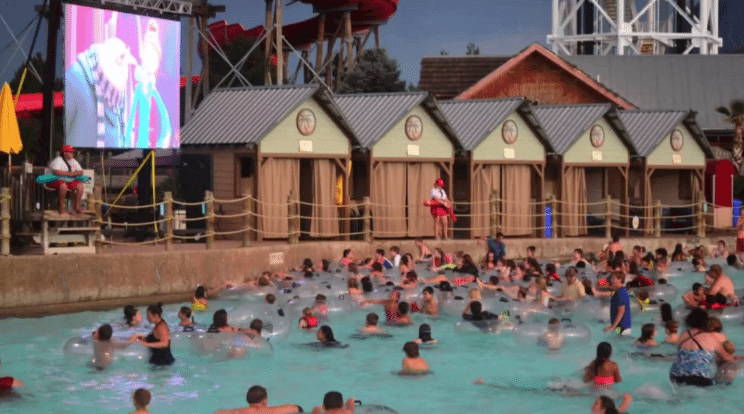 Elitch Gardens Theme & Water Park screens outdoor, family friendly movies every Friday during the summer season. The Dive-In Movies can be viewed in the water or on lawn-chairs and cabanas outside the pool, and are free with an admission ticket or season-pass.

STAPLETON MCA’S MOVIE ON THE GREEN 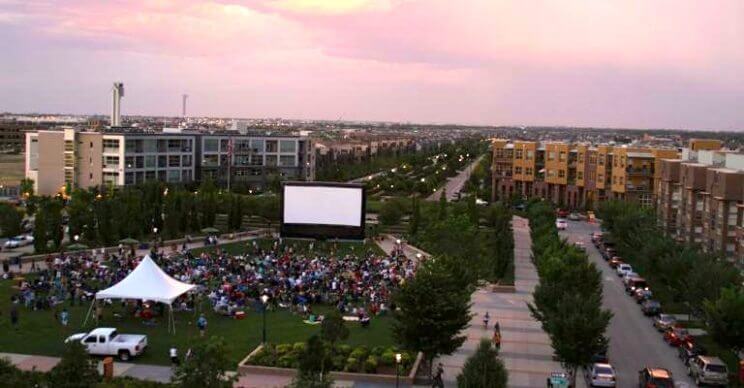 The Movie on the Green Series, produced by Stapleton MCA, kicks off in June of each summer to offer the community an outdoor experience on Founders Green Park at Stapleton. Movies are free to attend and open to the public. It is recommended that you arrive early to each event, as seating is available on a first-come, first-serve basis. Lawn chairs and blankets are welcome, but avoid lawn chairs and other objects that obstruct the view for others.

Showtimes generally begin at dusk and are held on Fridays throughout the season. Each movie will feature a concessions stand to benefit a local nonprofit organization. The concessions stand will sell freshly popped popcorn, candy, sodas and bottled water. Food trucks are often parked at these events, providing local goodies and food items.

Movie on the Green Lineup: June 28: A League of Their Own; July 12: Spiderman into the Spiderverse; July 26: Crazy Rich Asians; August 9: Incredibles 2.

FILM ON THE ROCKS AT RED ROCKS

Photo Credit ©Film on the Rocks

Film on the Rocks, is a collaborative production of the Denver Film Society and Denver Arts & Venues and was created to provide an affordable opportunity for the community to enjoy films and live entertainment at Red Rocks Amphitheatre. Each film is preceded by a live concert & local comedian, courtesy of Comedy Works.

Doors open at 6:30pm, band begins playing at 7pm with movies starting at dusk. Tickets are $16 and up and can be purchased online.

FILM IN THE PARK AT HIGHLANDS RANCH

The Film in the Park Series, produced by the Highlands Ranch Community Association, will feature free movies at Civic Green Park in Highlands Ranch on select nights in August. Showtime is around dusk and blankets and lawn chairs are welcome.

Psst… On August 2nd, come dressed as your favorite character and have a photo taken with Mary Poppins from 7pm-9pm!

PARKER’S MOVIES IN THE PARK

Movies in the Park – O’Brien Park. Photograph Courtesy of ©Parker Chamber of Commerce

Movies in the Park, presented by Parker Adventist Hospital and the Parker Chamber of Commerce,  is a free event for families at O’Brien Park in Parker. Games, vendors, music, concessions and a free movie are included. Come early to reserve your space, movie begins at dusk.

WESTMINSTER’S OUTDOOR MOVIES IN THE PARK 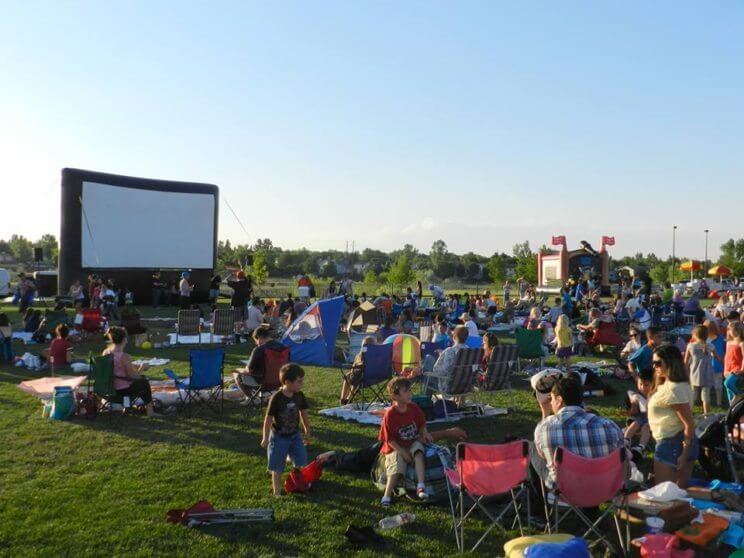 Movies in the Park. Photograph Courtesy of ©City of Westminster

The City of Westminster will be hosting Outdoor Movies In the Park on Fridays this summer at various locations. Enjoy watching family-friendly movies on a 24′ screen under the stars. Food vendors and pre-movie activities begin at 7pm. Movies begin at dusk. Bring your blanket or lawn chairs. 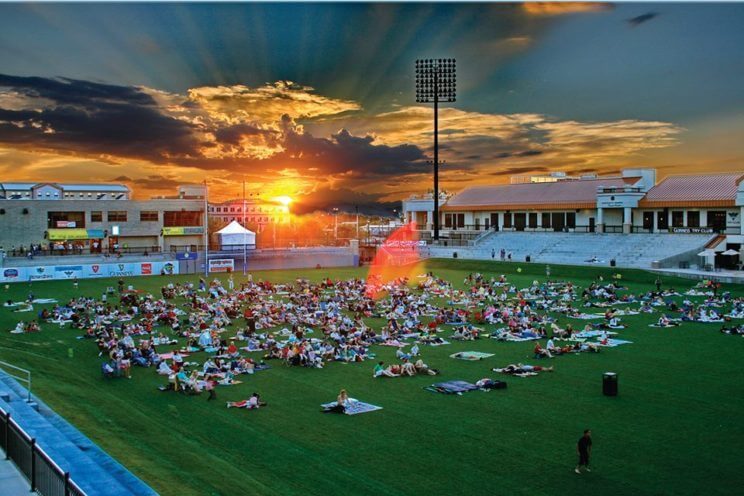 Monday Movie Madness takes place over the summer at Infinity Park in Glendale. For nearly a decade, Infinity Park at Glendale has been transformed into one of the largest movie theaters in Colorado. Taking advantage of the facility’s ample seating, stadium-quality jumbo screen and booming sound system, Infinity Park is able to host thousands of moviegoers. The movies are free to attend and everyone is encouraged to pack a picnic to enjoy on the grass or try food made by one of the local vendors, bring blankets and chairs and make yourself comfortable as you enjoy these family favorites under the stars.

The movie lineup is based on viewers votes and include recent box office hits combined with several classic favorites. Gates open at 6:30pm.

GOLDEN’S MOVIES & MUSIC IN THE PARK

Movies and Music in the Park. Photograph Courtesy of ©City of Golden

The City of Golden offers movie-lovers the Movies & Music in the Park series. The free series typically runs Friday nights in August at Parfet Park located in downtown Golden. The series features free music and a family friendly movie each Friday night. Bands begin performing at 7pm and the featured movie of the night begins at dusk, around 8:30pm. The movies are shown on a giant inflatable screen under the stars.

Movies & Music in the Park Lineup: August 2: How to Train Your Dragon 2; August 9: Incredibles 2 ; August 16: Spiderman: Into the Spider-Verse ; August 23: Mary Poppins Returns.