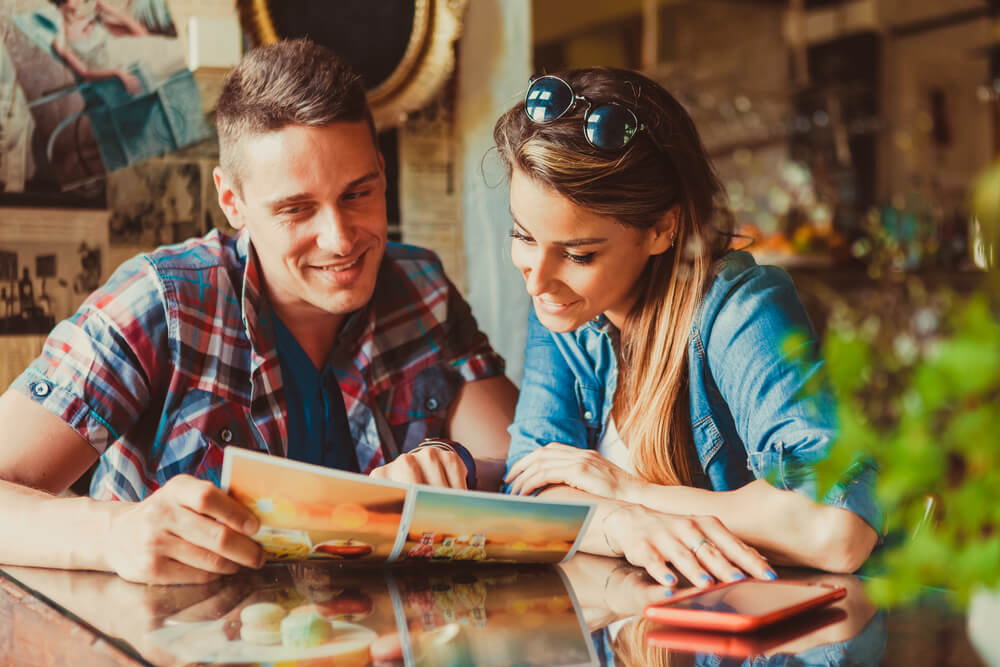 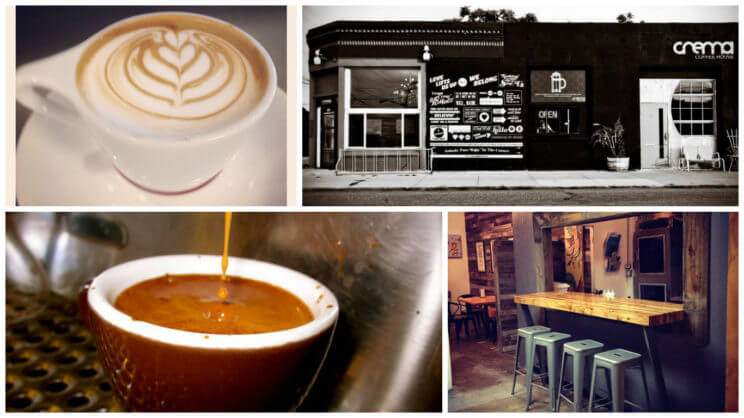 Crema Coffee House, located in the RiNo neighborhood, brews coffee made by various local and national roasters and locals are complimenting its impeccable lattes, community feel and delicious pastries.

Crema also offers unique and eclectic food items such as their Sweet Potato Waffles and Five-Spice Granola, and its décor is minimalistic yet sophisticated. 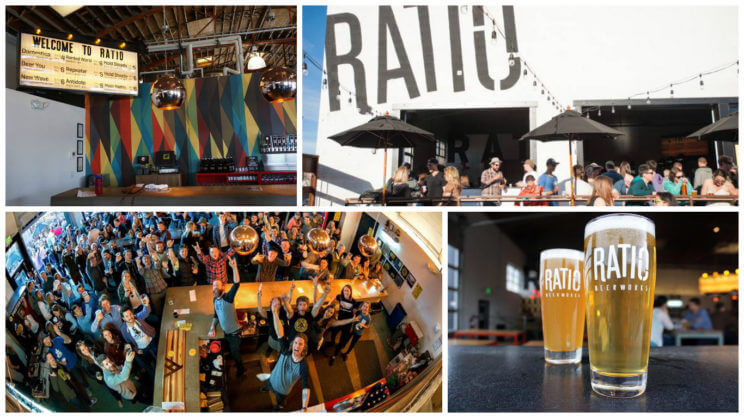 Ratio Beerworks, located in the RiNo neighborhood, is a local craft brewery that focuses on meticulously crafted beer served in an eclectic taproom.

The owners began their journey in the independent music scene and have shifted their focus to crafting delicious beers, having learned the craft in Germany and honing their skills at some of the most respected breweries in Colorado. 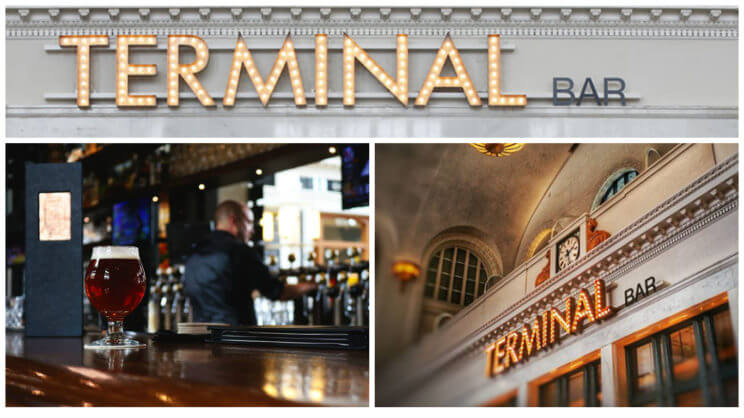 Terminal Bar is located in the historic ticketing office inside The Great Hall of Denver Union Station. Guests can step up to the window and purchase a Colorado craft beer from the bar’s extensive draft beer collection rather than a train ticket to the west coast.

The fabulously restored space is appointed with period-correct finishes from the building’s turn-of-the-century heyday and offers a complete selection of spirits, many of which are distilled right here in Colorado, as well as an extensive list of carefully curated wines available by the glass or bottle. The Terminal Bar also features a large patio that boasts views of Wynkoop Plaza and 17th Street down to Wazee Street where the original Terminal Bar was once located. 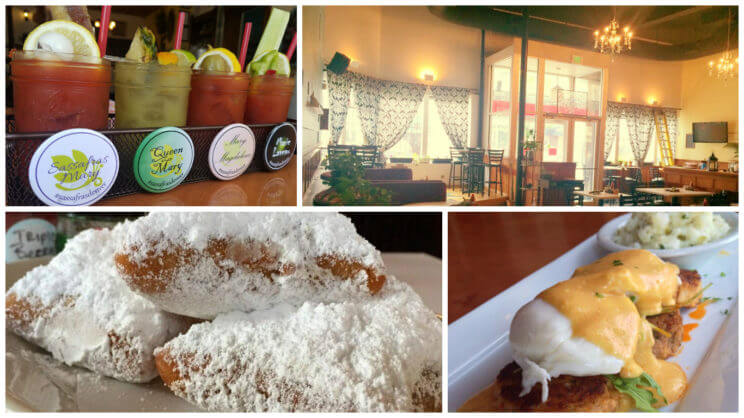 Sassafras American Eatery has two locations in Denver, in the Cap Hill and Jefferson Park neighborhoods.

Breakfast includes dishes such as Beignets, Grits, Egg Benedicts, Biscuits & Gravies as well as traditional dishes such as pancakes and yogurt and fruit. 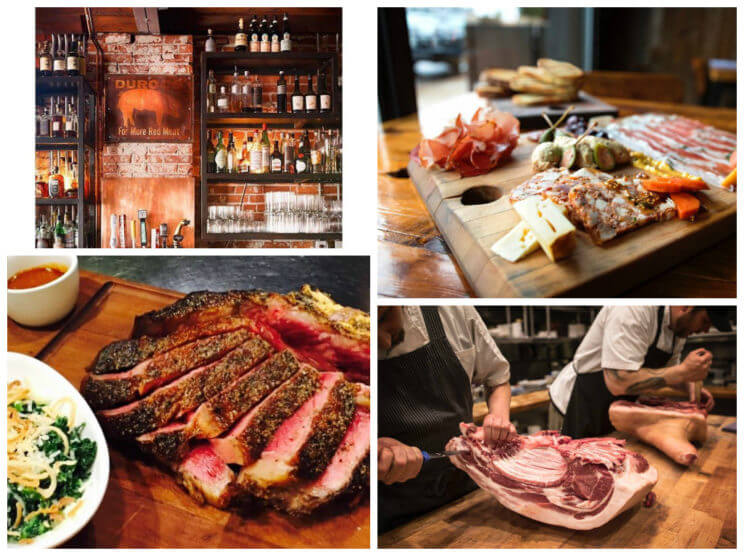 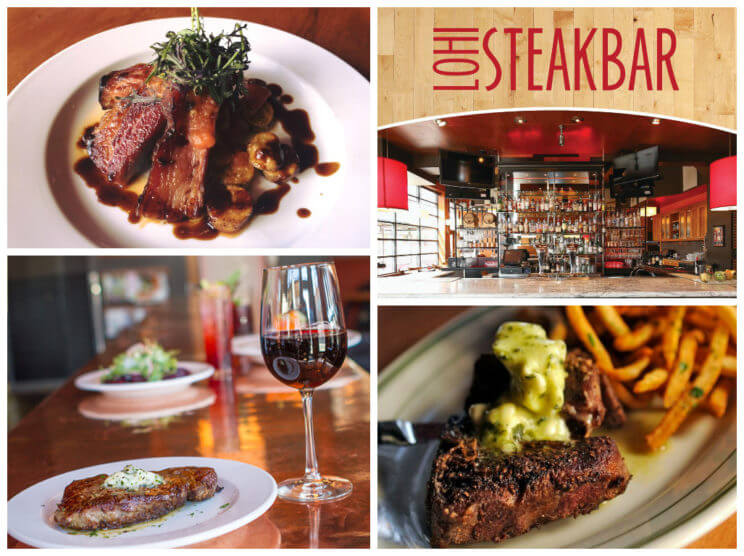 LoHi SteakBar, located in the Highlands neighborhood, is a local steakhouse that emphasizes community and, of course, great steaks. Locals rave over its prime cuts of meat, wings, oysters, chicken and burgers, without neglecting to mention its custom-made cocktails and delicious desserts. 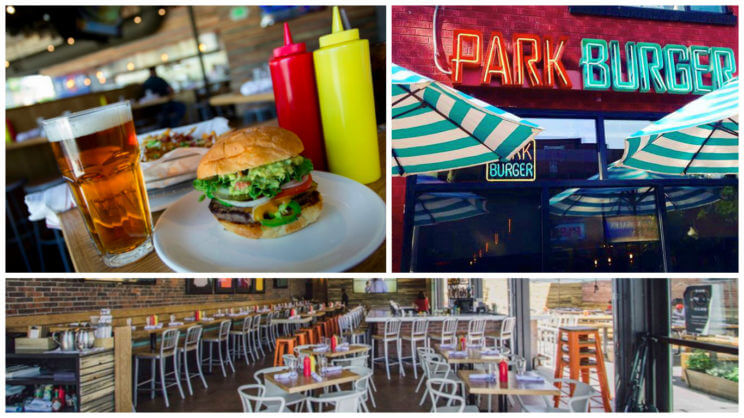 Park Burger is a locally owned and operated, family-friendly casual burger restaurant, that has already expanded to five locations throughout Denver.

Their burgers are made with all natural, never frozen beef, buffalo, and house made turkey and veggie burger patties, all on top of locally baked buns made exclusively for Park Burger. Locals rave over their delicious burgers, that are always made in the exact degree of doneness requested. 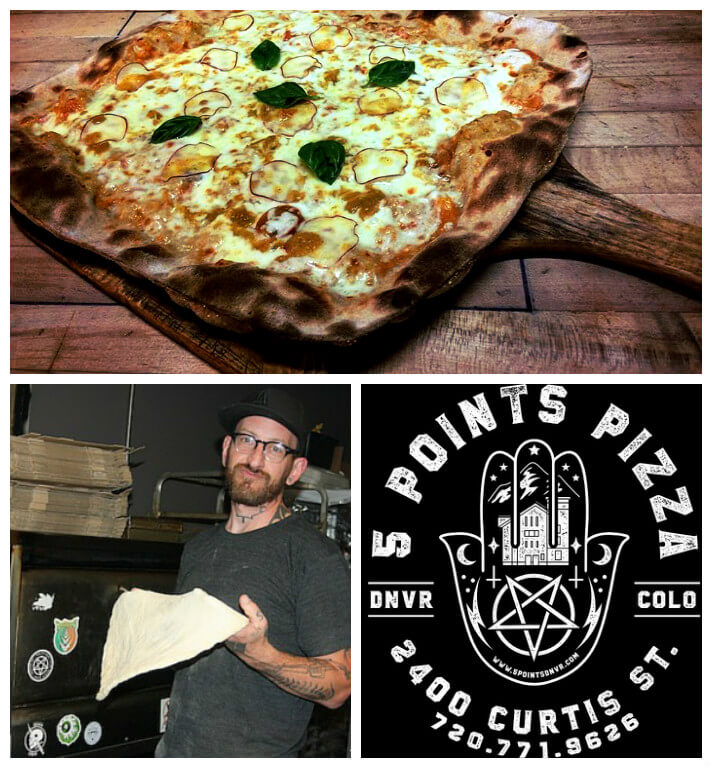 Five Points Pizza, located in Temple Bakery, began as a side project of owner Eden Myles, who also owns the Black Sheep Bakers.

Five Points is an example of how word-of-mouth is still one of the most effective ways of business. This small pizzeria is a favorite of locals, who all rave over its delicious and fresh pizzas, and have all heard about it from a source they know. The pizzeria is also a staple location for those who seek to eat pizza in the wee hours of the night. 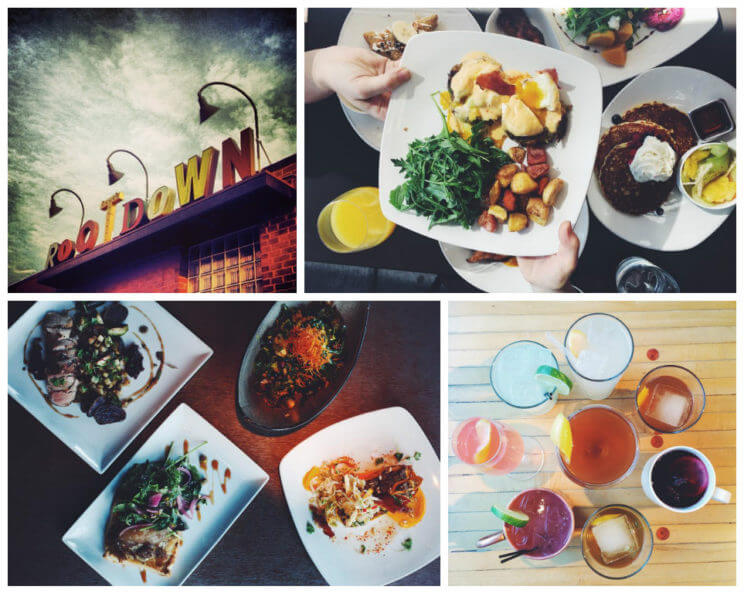 Photographs courtesy of ©Root Down

Root Down, located in the LoHi neighborhood, serves globally-influenced seasonal cuisine, with a focus on organic, natural and locally-sourced ingredients. Helmed by Chef Jeremy Kittelson, Root Down emphasizes sustainability with its 4,000 sqft garden, in the middle of the city, where they grow 20% of their own seasonal vegetables.

Since the menu is seasonable some of the dishes readers have mentioned are currently not offered, however the ones that are, include dishes such as their Colorado Lamb Sliders, Butternut Squash Gnocchi, Roasted Baby Beet Salad, and their housemade Root Down Chai. 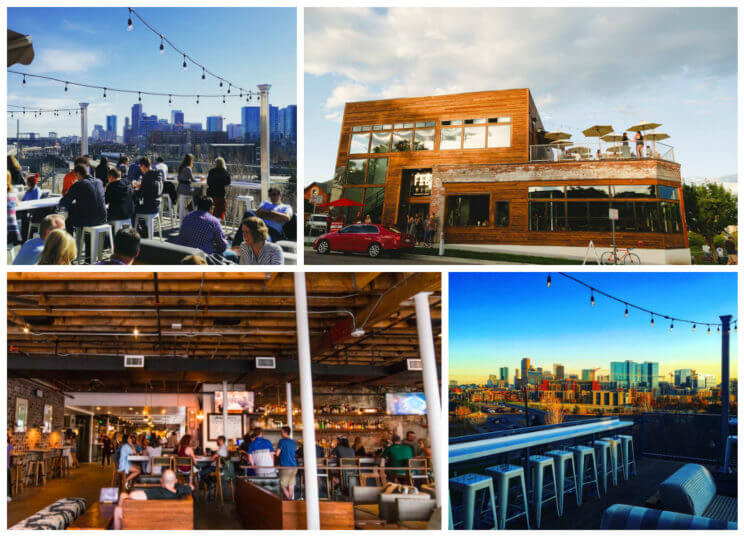 Avanti Food & Beverage, with its relaxed environment and multiple dining options, was chosen by readers as the best family dining in Denver. 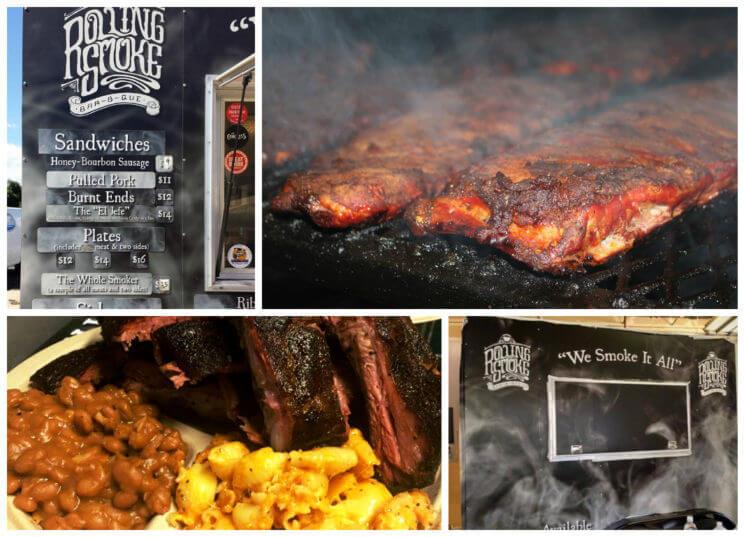 Rolling Smoke BBQ serves authentic BBQ food with an emphasis on Southern style home cooking. Rolling Smoke BBQ smokes meats such as ribs, brisket, and pulled pork and offers Southern comfort foods such as mac n’ cheese and baked beans. All of their items are made from scratch daily and slow-cooked prior to serving.

Locals are raving over Rolling Smoke BBQ’s delicious and tender meats, and its authentic comfort food fillings. This food truck is such a success that the number of votes it has received was equal to all the other food truck votes combined. 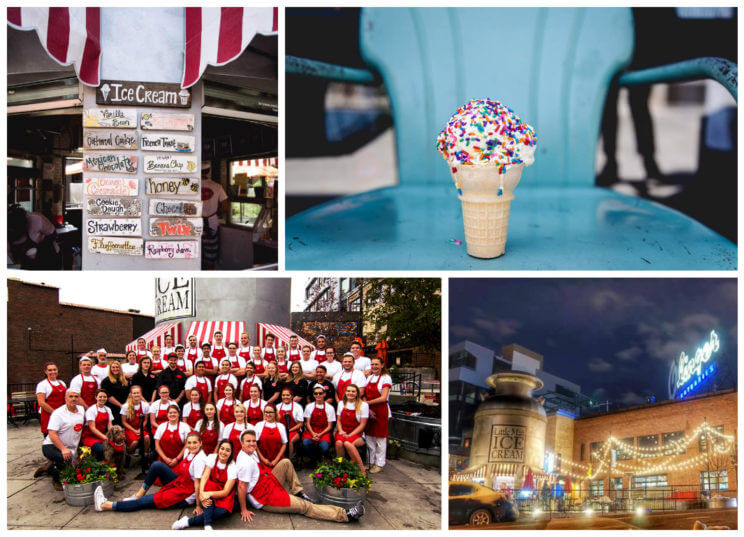 Little Man Ice Cream, located in the LoHi neighborhood, is an ice cream parlor that is inspired by the vintage Coney Island hot dog-shaped stands. The parlor resides in a 28 ft tall, 14,000lb. cream can, and their ice cream is made locally and produced one small batch at a time.

Little Man also produces local events for the community that include live music, slam poetry, movie nights and more. They emphasize community and ‘giving-back’ and feature a unique “Scoop for Scoop” initiative: for every scoop of ice cream that you purchase, they match it with a scoop of rice, that is hand delivered to developing countries.

Psst… due to the sheer number of votes, the giveaway drawing for the dining gift cards will be published on January 1st, 2017.