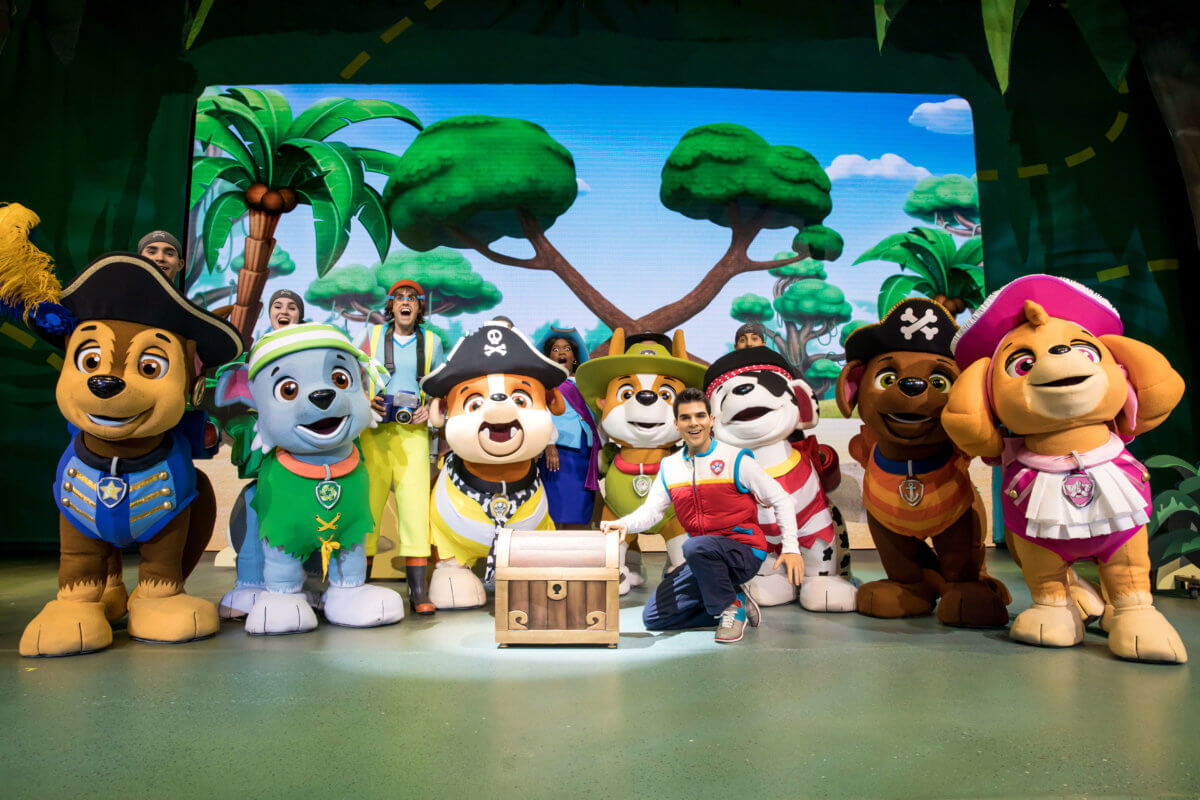 In PAW Patrol Live! “The Great Pirate Adventure,” Mayor Goodway is getting everything shipshape for a big Pirate Day celebration in Adventure Bay. When Cap’n Turbot falls into a dark and mysterious cavern, it’s PAW Patrol to the rescue! Chase, Marshall, Rubble, Skye, Rocky and Zuma save Cap’n Turbot and discover a secret pirate treasure map that leads them on an epic adventure. Over land and on the high seas, the pups set out to find the treasure for Mayor Goodway so the celebration can go on.

Things get ruff when Mayor Humdinger wants to find the treasure first for Foggy Bottom. The pups need all paws on deck for this pirate adventure, including help from the newest pup who’s all ears… Tracker! Using their heroic rescue skills, problem solving and teamwork, the pups set sail to save the day. No job is too big, no pirate pup is too small!

Tickets start at $22.00. Tickets are available at the Denver Coliseum Box Office on Saturdays from 11am – 2pm, www.AXS.com or by phone at 888-9-AXS-TIX (888-929-7849).  A limited number of V.I.P. (Very Important Pup) Packages are available, starting at $138.00. Package features premium show seating, a commemorative lanyard, and an after-show Meet & Greet with PAW Patrol Live! walk-around characters.

Psst… Save 25% off tickets with code: Allied and check out our Facebook page Dec. 11-14 to enter a free family four-pack of tickets!