There is something quite magical about the notion of watching a movie in a drive-in movie theater. It could be all those great classic movies ( such as Grease) that make that experience feel very special.

The Denver Mart Drive-In features a 40 foot tall over a 90 foot wide screen, the largest screen in the region!

Along with a digital projection system that is largest outdoor screen in the area, they also provide an FM transmission to provide the ultimate viewing experience in the comfort of your own car. Conveniently located in an urban setting, the Drive In can cater up to 275 vehicles, and the snack bar provides movie theater favorites. 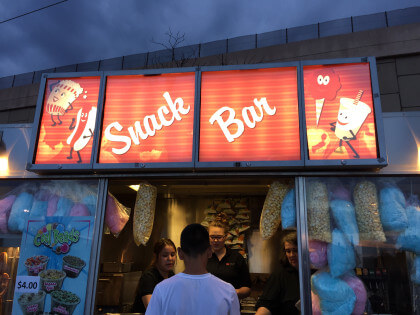 Their Fall Showcase Weekends are either DOUBLE FEATURE or a TRIPLE FEATURE.

Ticket prices range from $10 – $54 (depending on how many people you have in your car) and include all movies for that night! Children under the age of 6 are FREE. To order tickets go to –> denvermartdrivein.com/get-tickets/