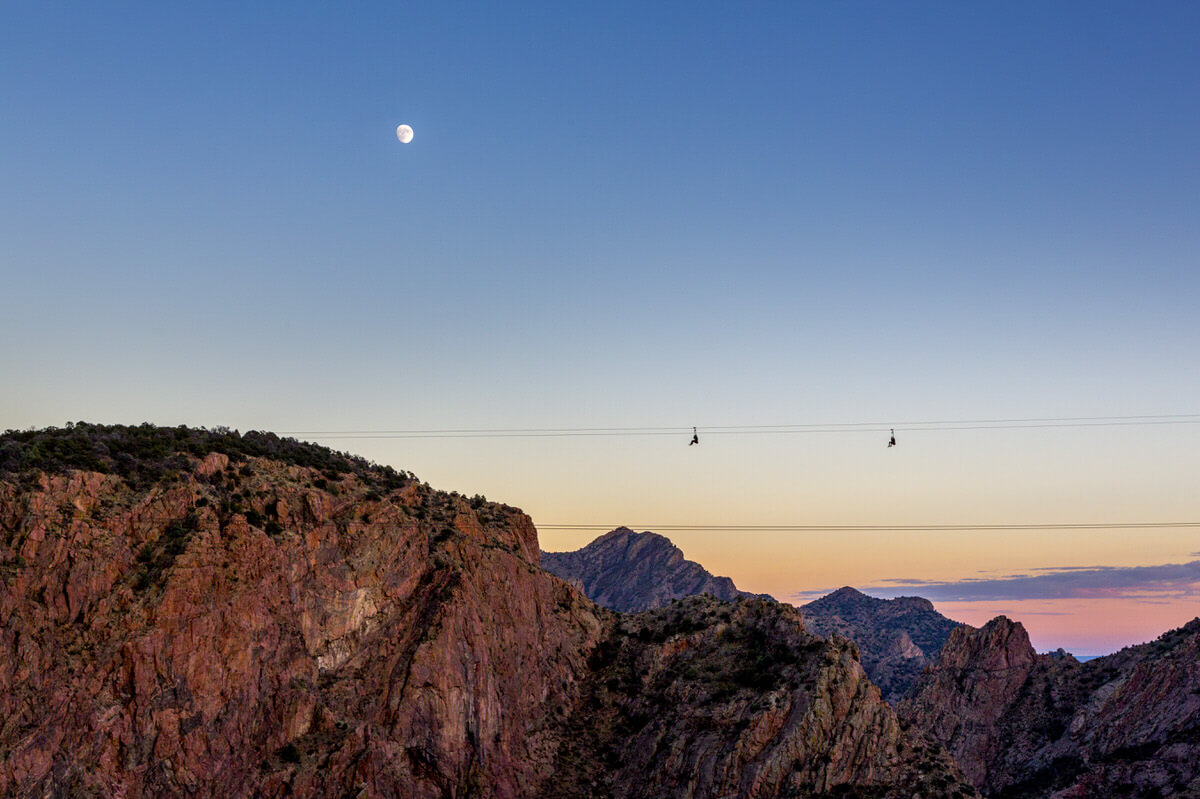 It’s summer, that means enjoying a day at an amusement park or an attraction park. If you would like to explore new attractions, then we have a list of 16 undiscovered amusement parks and attractions in Colorado to visit this summer!

16 BEST UNDISCOVERED AMUSEMENT PARKS IN COLORADO TO VISIT THIS SUMMER! 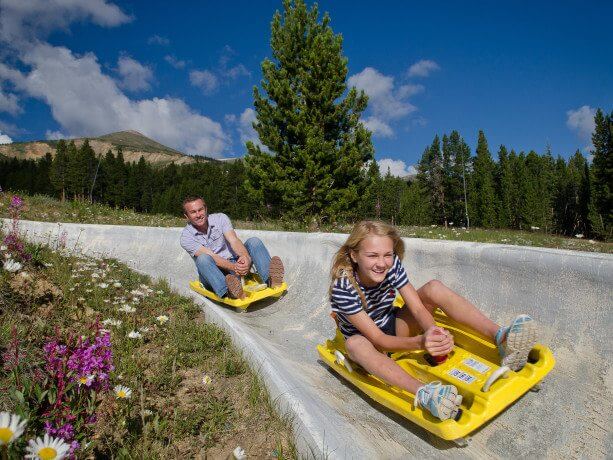 Breck Summer Fun Park, is seasonal amusement park open from early June through early September and located at the Breckenridge Ski Resort in Colorado. The park is at the base of Peak 8 at a 9,000 feet elevation and features 13 attractions and activities, including the Alpine Slide, Gold Runner Coaster, maze, bounce house, a rock climbing wall, bungee trampoline, miniature golf, kid’s ropes course, kid’s Zipline, gemstone panning and more. 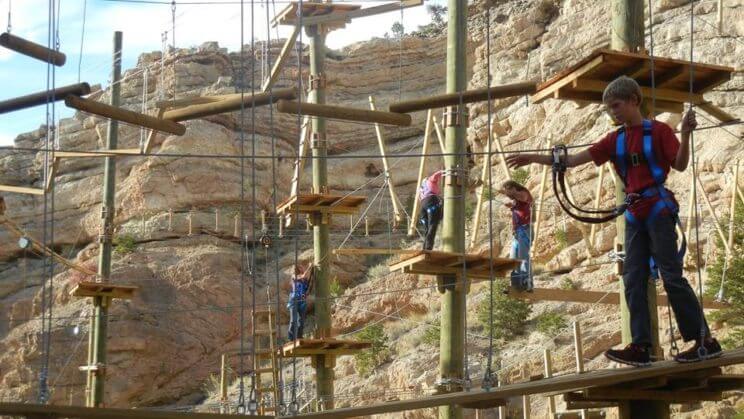 Captain Zipline Aerial Adventure Park, located in Salida, Colorado, is the largest aerial adventure park in the state. The park features an interconnected network of 120 different combinations of cross catwalks, swinging bridges, cargo nets, tight wires, rope and cable swings, obstacles and even a flying snowboard! There are nine different courses to choose from, based on level of difficulty.

#4 CAVE OF THE WINDS 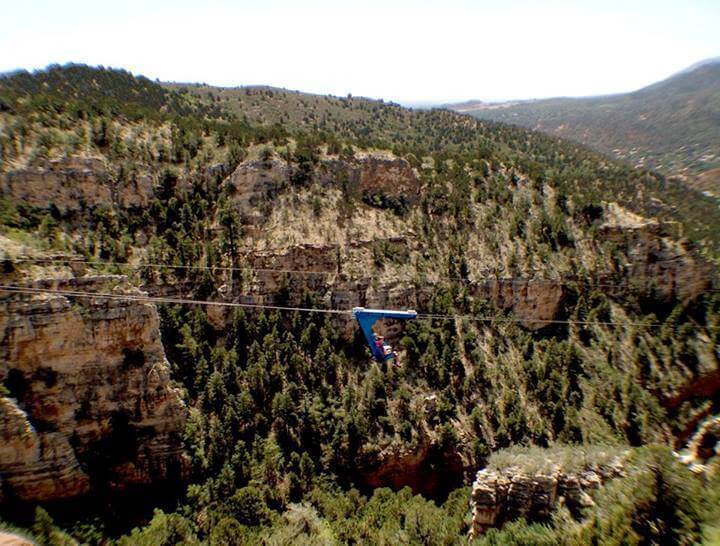 Photograph courtesy of ©Cave of the Winds

Located near the foot of Pikes Peak, Cave of the Winds is open year-round and offers guided cave tours, incredible thrill rides such as The Terror-Dactyl ride that launches you 200 feet into the canyon at nearly 100 miles per hour, the Bat-A-Pult, an epic, 1200-foot round-trip aerial attraction high along Williams Canyon, and many more games and activities such as Gold Panning, a climbing wall, an adventure slide and more.

Psst… Check out our article ‘10 of the Scariest Thrill Rides in Colorado‘ to learn more! 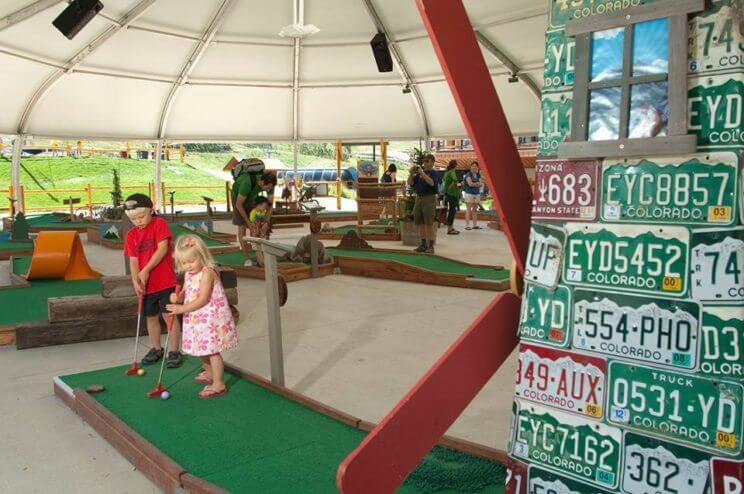 Crested Butte Summer Adventure Park is a seasonal amusement park located at the Crested Butte Mountain Resort in Colorado. The park features attractions such as mini golf, rock climbing, bungee trampolines, the Coke Zero Gravity BagJump and the newest feature the Tin Cup Mining Co., a 65 foot wooden structure where kids let the water wash over the sand and experience the fun of panning for gems. 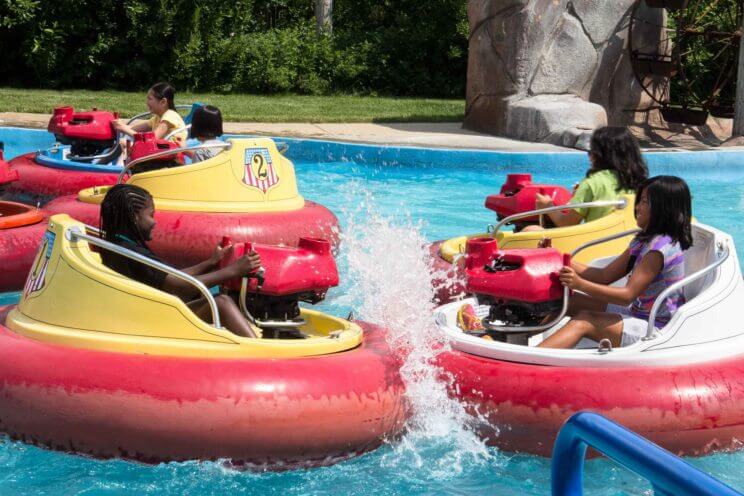 Estes Park Ride–A–Kart is a family owned amusement park that has been around since 1959. Ride-A-Kart features rides and attractions for the entire family including go karts, bumper boats, batting cages, a train, a bungee trampoline, bumper cars, miniature golf, and an arcade with skee ball, basketball, air Hockey, video, pinball and interactive games. 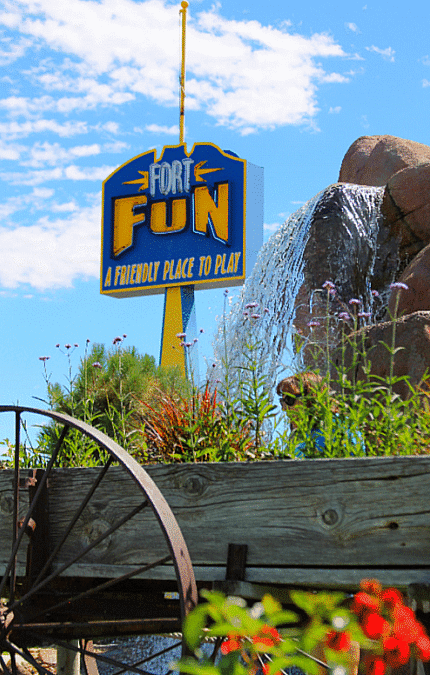 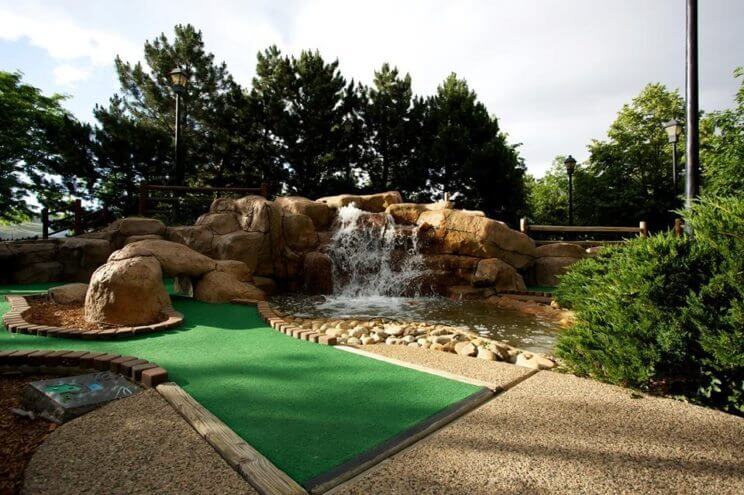 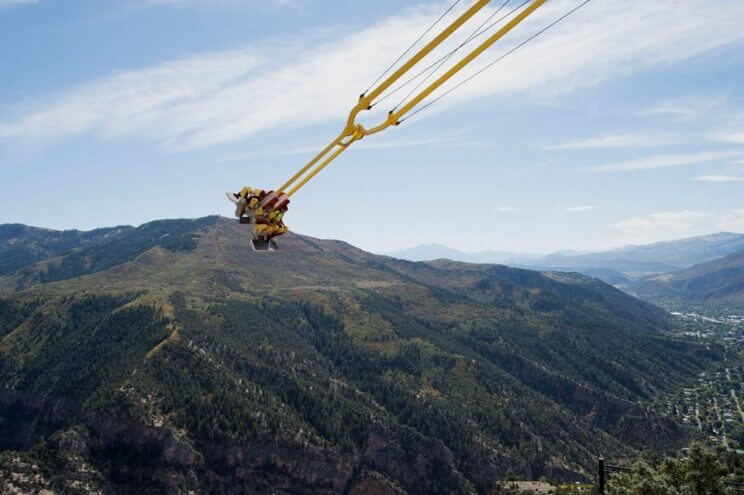 Glenwood Caverns Adventure Park in Glenwood Springs, Colorado, sits on top of Iron Mountain and is accessible by riding 4,300 feet up the side of the mountain in fully enclosed gondola cabins. The park features thrill rides, 40 minute guided tours of caves, the longest alpine coaster in Colorado, laser tag, a 4D motion theater, a maze, a blacksmith shop, a climbing wall and more.

Psst… One of the thrill rides in Glenwood Caverns Adventure Park is The Cliffhanger. Opened in 2012, this rollercoaster’s elevation is 7100 feet, making it the highest-elevation roller coaster in the US! 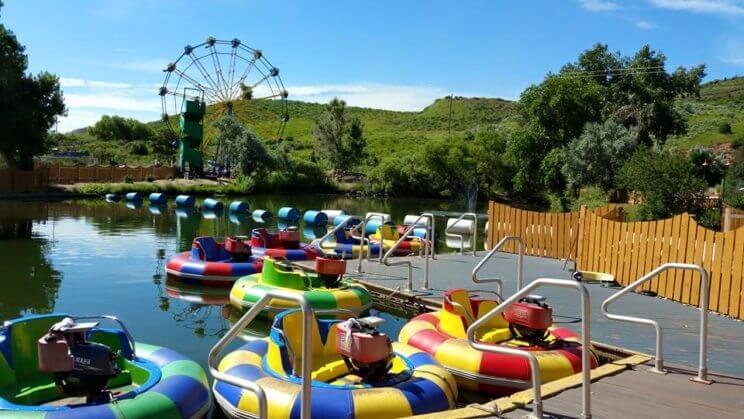 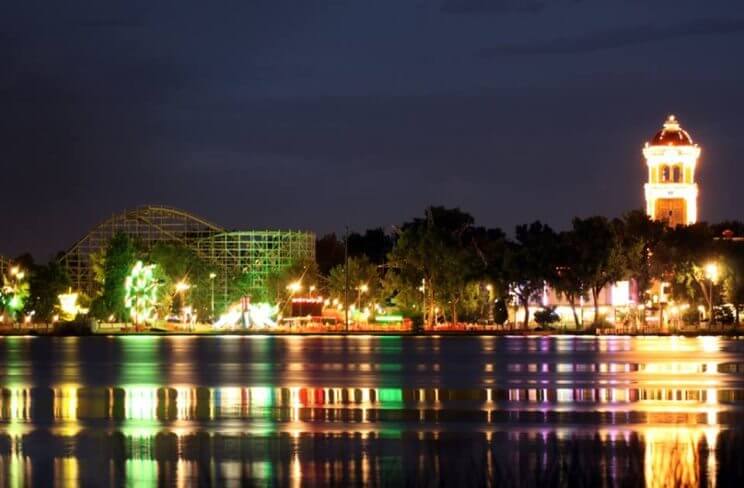 Lakeside Amusement Park was originally opened in 1908 and currently is one of the oldest amusement parks in the US! The park has since then been renovated and now features amusement rides, trains, a ferris wheel, a carousel, tower, bumper cars, and a special “Kiddies Playland” which offers rides especially for younger children.

Lawson Adventure Park, Colorado’s newest outdoor family-friendly destination, will celebrate its summer season and the debut of its lodging options with a Summer Kick-off Party. The Park, offers activities the whole family will love, including ZORBing, Via Ferrata and Rappel, a Challenge Course, Disc-Golf, and much more.

Lodging options include camping spots and yurts for those who want to be closer to nature. Those who prefer running water and sleeping indoors have a selection of luxury cabins with modern or rustic designs. 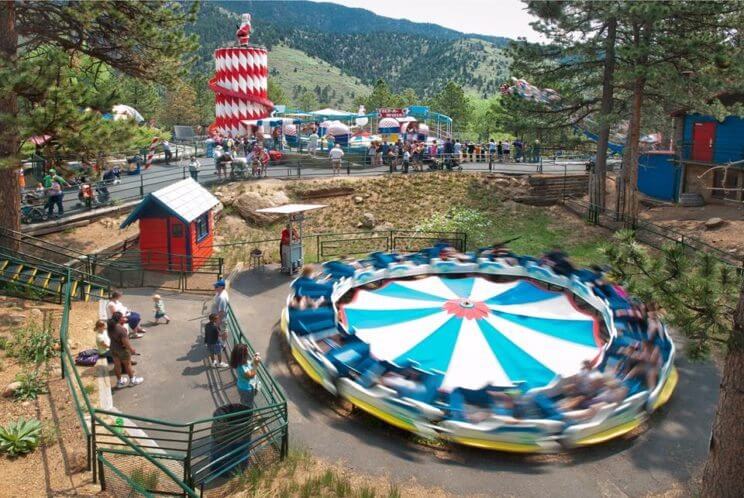 North Pole Colorado, Santa’s Workshop, is a Christmas-themed amusement park located at the base of Pikes Peak. Meet and take photographs with Santa Claus and his elves at Santa’s House and then venture off to explore the park’s many rides, shows and attractions.

Psst… North Pole Colorado, Santa’s Workshop is now open through Christmas Eve 2018, allowing you to visit the North Pole and meet Santa Claus in the summer season as well! 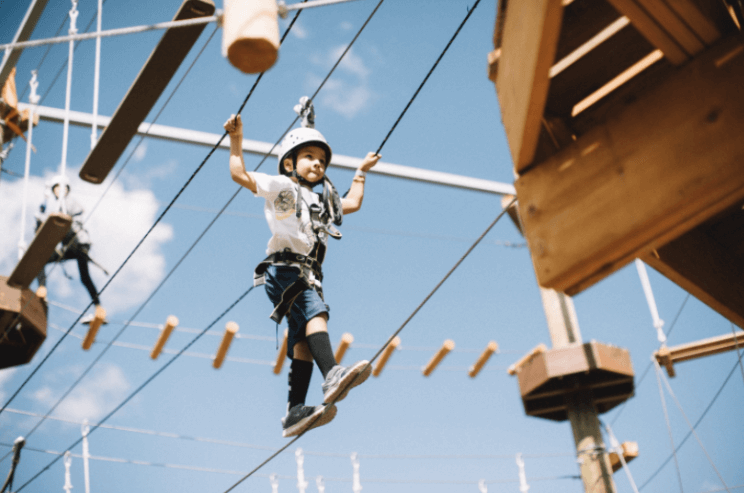 Open Air Adventure Park is an aerial adventure park provides 32 exciting elements at 10 and 21 feet above the ground. These elements include rope bridges to cross, aerial tightropes to navigate, swinging log steps to negotiate, and moving platforms to cross. 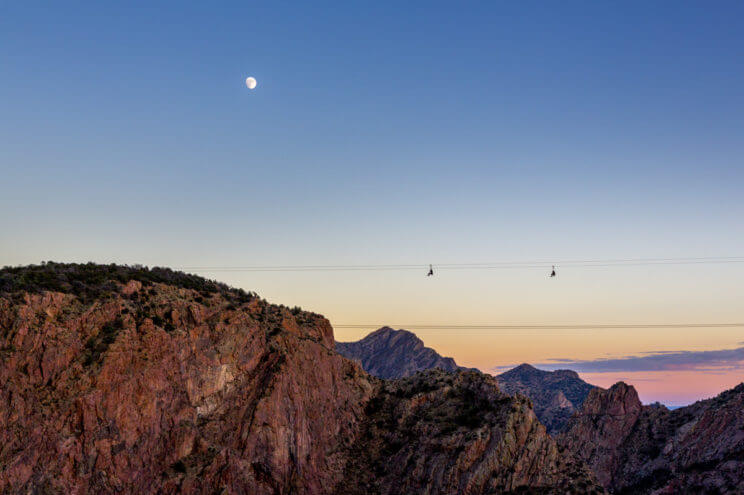 Royal Gorge Bridge & Park, located in Cañon City, Colorado is a 360 acre amusement park located along the edge of the Royal Gorge and is situated on both ends of the Royal Gorge Bridge. The park features panoramic views while you enjoy attractions such as aerial gondolas, a 1,200 feet high Cloudscraper Zip Line and Royal Rush Skycoaster, and enclosed, three-story kids playland with ropes, slides, nets, tunnels, 20-foot towers and a splash pad and a water-clock that is only one-of-three available worldwide and the only one available in Colorado! 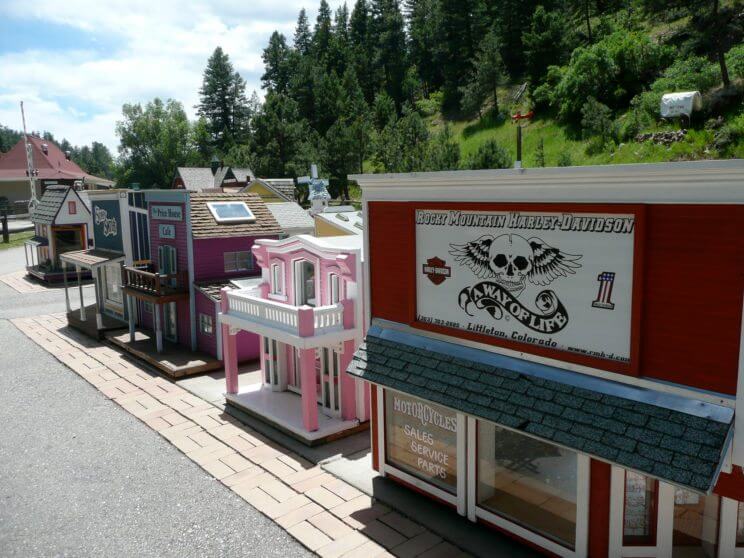 Tiny Town & Railroad in Morrison, Colorado, will celebrate its 100th anniversary this year! Tiny Town & Railroad is a miniature village and railroad that features over 100 doll-sized buildings. Children can explore all the miniature houses, shops and buildings and peek inside them for special features. The miniature train departs every 30 minutes, the ride lasts around 10 minutes and allows you to see parts of the park that aren’t accessible any other way.

Psst… Now that you have undiscovered amusement parks in Colorado, check out our Outdoor Pools, Water Parks & Splash Pads in the Denver Area guide as well!