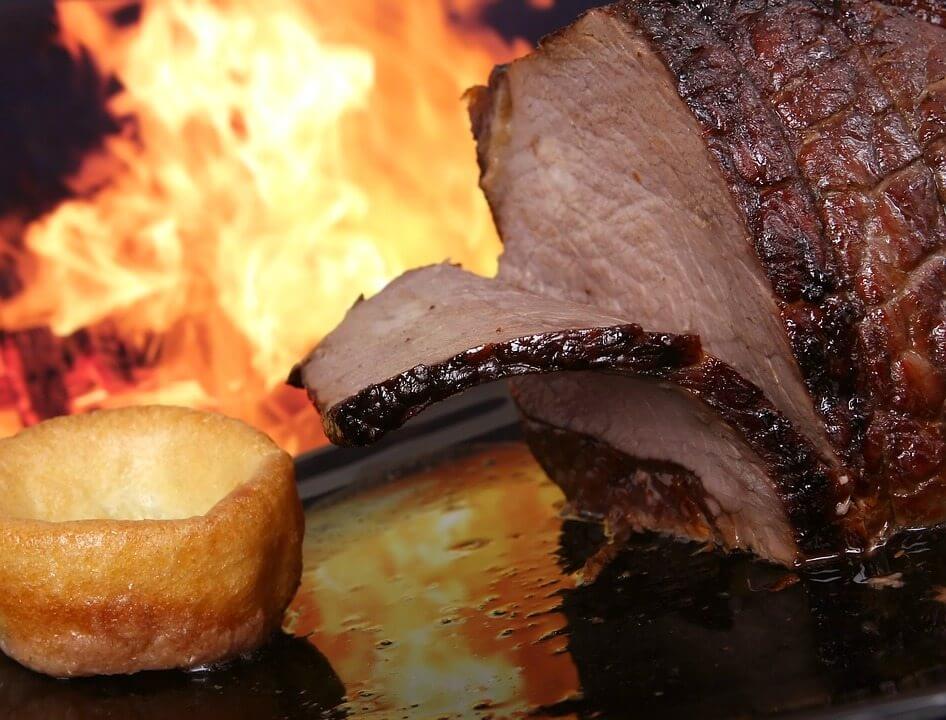 The month of May is not only National Hamburger Month, it is also National Barbecue Month, which is not a total surprise when you take in consideration May’s warmer weather and upcoming Memorial Day Weekend.

If you are not planning on having any personal BBQ events with friends or family, or if you are but still would like a night (or two or three) where you don’t have to clean up afterwards, then you should read up about our list of the 10 Best BBQ restaurants in Denver! 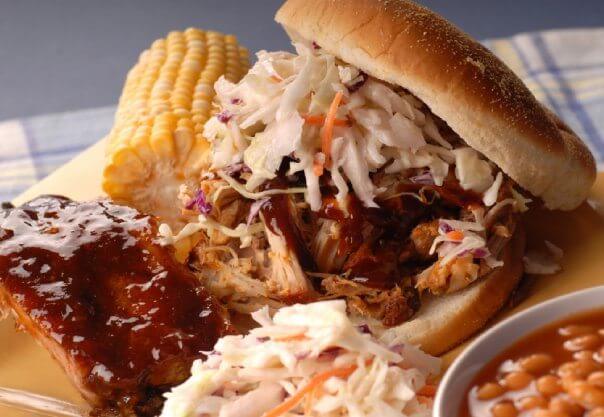 Boney’s Barbecue Smokehouse‘s recipes have been gathered over six generations and across three families with strong roots in the south and its tradition of BBQ and soul food restaurants. Their barbecue pit menu offers items such as St. Louis style ribs, fried okra and green beans, to Southern fried chicken with cole-slaw, baked beans and cornbread, to Hickory smoked BBQ wings, collard greens and Mac n’ Cheese. They even offer jars of homemade sweet iced-tea! Boney’s Barbecue Smokehouse is located at 1543 Champa St, Denver, CO 80202. 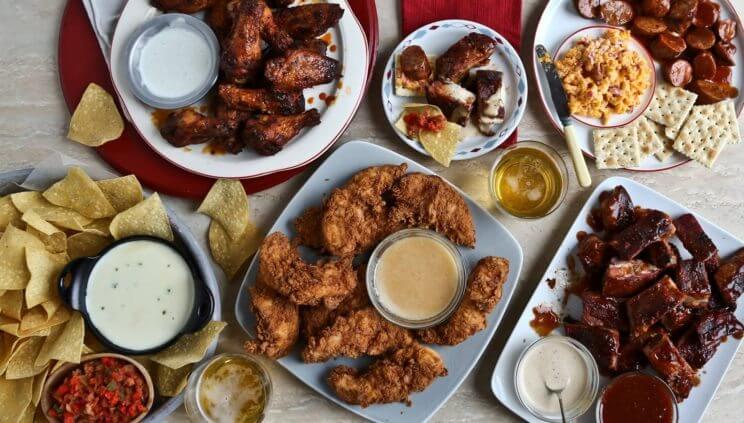 Jim ‘N Nick’s Bar-B-Que‘s meat is slow-smoked for up to 14 hours over low heat hickory coals to coax out that original smoky flavor, and everything is made from scratch. From their hand pattied, fresh-ground burgers to the croutons that top their salads, even the pie crusts are flour and rolling-pin fresh. They offer many types of meats such as ribs, pork, chicken, sausages and more. All the meats they offer abide by the basic ingredients of smoke and time. Jim ‘N Nick’s Bar-B-Que has two locations in the Denver Metro area. Their Hampden location is at 6325 Hampden Ave Denver, CO 80222 and their Northfield location is at 8264 East 49th Ave Denver, CO 80238. They have an Aurora & Northglenn location as well. 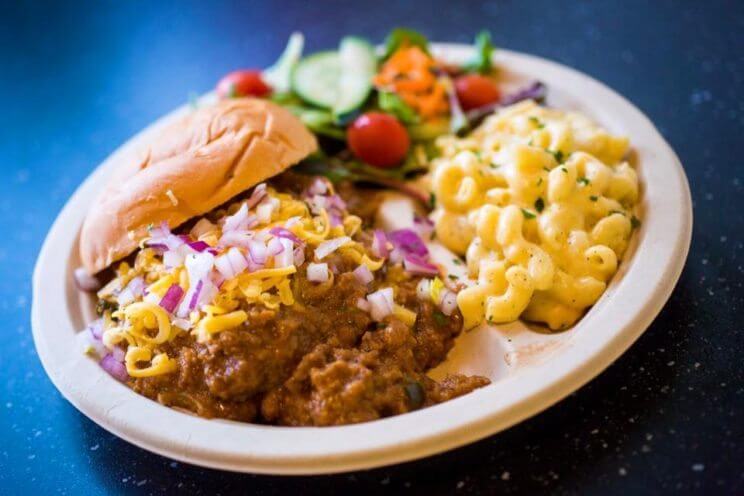 Kitchen Table Café: Barbecue & Comfort Food offers Kansas City style BBQ and serves classic, midwestern comfort food made from scratch. Every meat they serve is all natural, and they also strive to use organic vegetables whenever possible. They use only whole ingredients (never processed foods) and the owner, Dave Kilroy, is a Kansas City native, making this eatery’s meats authentic to its roots. They offer meats such as brisket, ribs, ground beef, chicken, pork, sausages and even meatloaf. Kitchen Table Café: Barbecue & Comfort Food is located at 1426 E 22nd Ave, Denver, CO 80205. 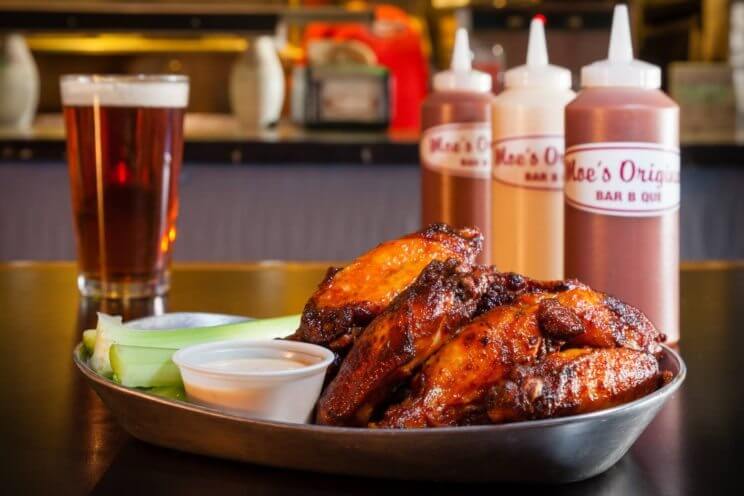 Moe’s Original Bar B Que offers Alabama style pit-fired and slow cooked BBQ food. They use only fresh select ingredients and it’s all from scratch, even their rubs, sauces and southern side dishes. The three owners, Mike Fernandez, Ben Gilbert and Jeff Kennedy, met at the University of Alabama, and learned the process of fire roasting meats. By using fruitwood and hitting the meat with two different sauces, the trio knew they were onto something special. They started their business by first offering catering services only out of a small fire pit, to then selling roadside BBQ out of a concession trailer. Moe’s Original Bar B Que now has 48 locations around the US! Their Denver location also offers a large patio, corn hole and full bar. Their Englewood location also offers a bowling alley. Moe’s Original Bar B Que Denver is located at 530 Broadway, Denver, CO 80203. Moe’s Original Bar B Que Englewood is located at 3295 S Broadway, Englewood, CO 80113. 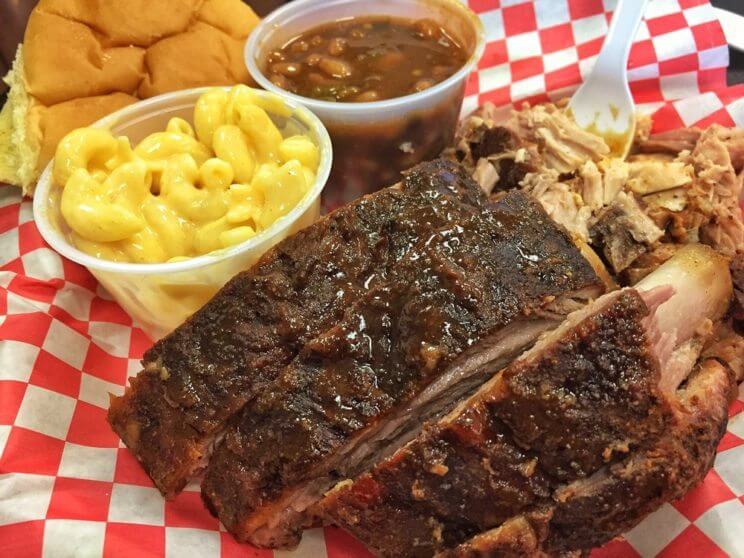 Ragin’ Hog BBQ is an authentic, southern-style barbecue that serves smoked meats that are fresh daily. Their Cajun & Creole style meats they offer include smoked pork, chicken, hot links, ribs and brisket and all of their sauces and side dishes are homemade. They also serve authentic mac and cheese, coleslaw, baked beans, potato salad and collard greens, and they have daily specials that rotate as well. Ragin’ Hog BBQ is located at 4361 Lowell Blvd, Denver, CO 80211. 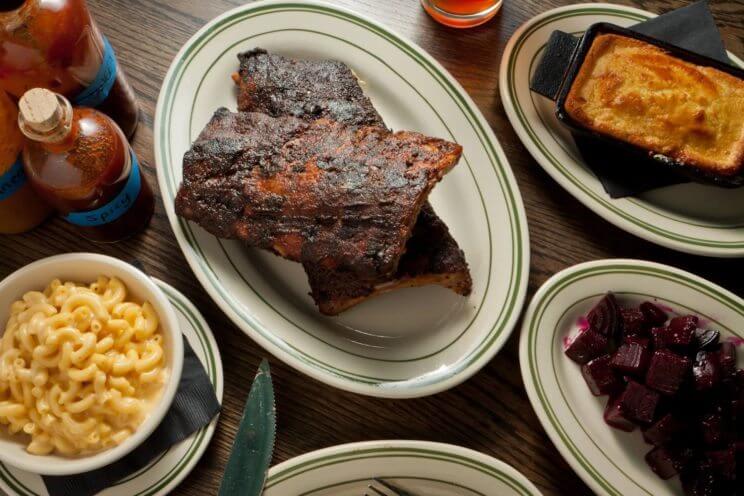 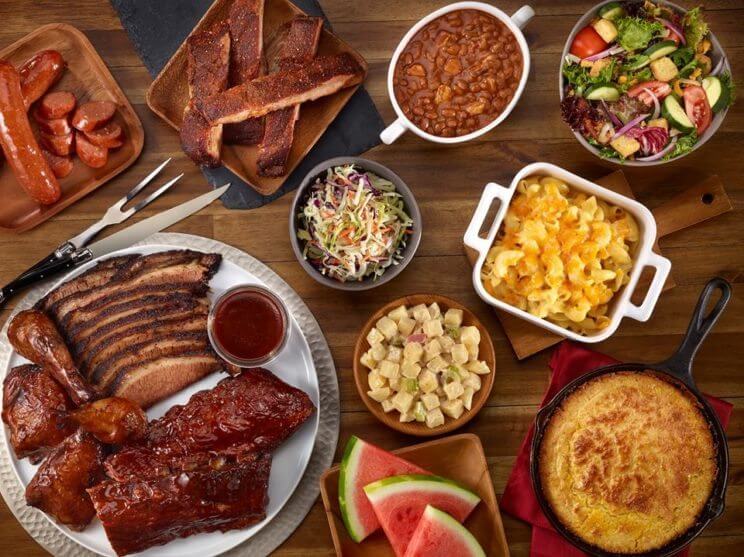 Southern Hospitality is a Five Star Diamond award-winning restaurant that features upscale barbecue and an exclusive bourbon list. The restaurant is co-owned by a name you most likely recognize… Justin Timberlake, as well as by Eytan Sugarman and Trace Eyala, but we aren’t recommending this restaurant based on it’s famous co-owner but based on its food. Southern Hospitality offers fresh, high quality, Memphis-style barbecue food. Their menu offers dishes such as burnt-end brisket tacos, pork street tacos, a smoked Beale Street chicken sandwich and more. They even offer BBQ style cocktails such as the Memphis BBQ Mary. Southern Hospitality’s Denver restaurant is located at 1433 17th St, Denver, CO 80202. 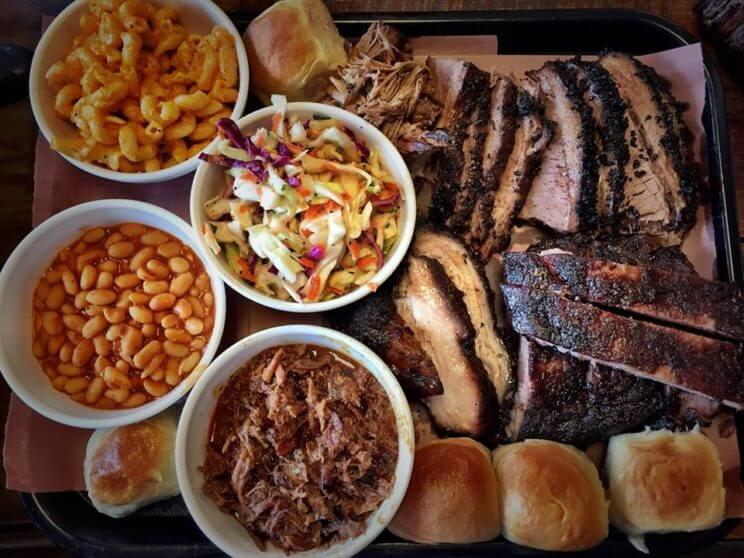 Wayne’s Smoke Shack isn’t technically a Denver restaurant, (it is located in the town of Superior which is 30 min from Denver), however its delicious food made it impossible to overlook this restaurant for this list. The restaurant is a lunch-only restaurant and its dishes are offered in the style of a meat market, modeled after the famous meat markets in central Texas. All the BBQ meat is sold by the pound, hormone/antibiotic free and is cooked ‘slow and low’. All the sides are made from scratch and the ingredients used are all fresh and organic. Wayne’s Smoke Shack – True Texas BBQ is located at Superior Marketplace, 406 Center Dr, Superior, CO 80027. 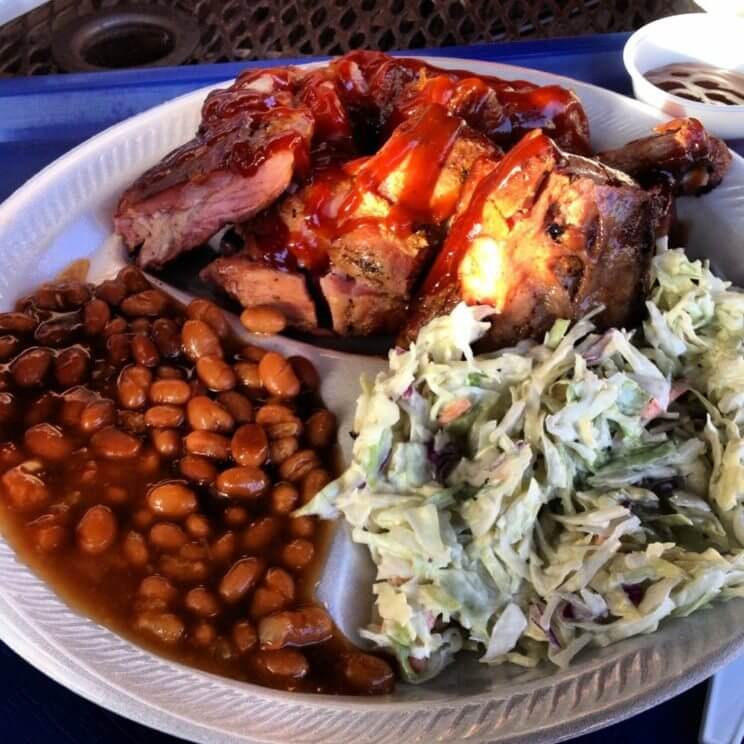 Yazoo BBQ Company offers Southern meats that are slow cooked without BBQ sauce. Instead, Yazoo BBQ Company offers patrons the opportunity to try the meat with four different BBQ sauces after its cooked: Southern/Florida Mild, Mild Sweet, Hot Tangy, Super Hot, and Sign a Disclaimer Hot! Their speciality is in their pulled-pork (that sells out all the time). They also offer dishes such as ribs, chicken and Southern favorites such as smoked BBQ baked beans, potato salad and creamy cole-slaw. Yazoo BBQ Company’s Denver restaurant is located at 2150 Broadway, Denver, CO 80205.